Citizens United Foundation is offering a $50,000 reward for details that would lead to arrest and conviction in connection with an alleged assault last week on a conservative activist on at the University of California-Berkeley.

Two men last Tuesday approached his table at the University of California, Berkeley, where the activist was recruiting members to the conservative group Turning Point USA, although he is not a member himself. An argument ensued and Williams held up his cellphone and began filming the two men who were allegedly harassing him.

One of the two men knocked over the table, police said, and then punched Williams several times, causing injuries to his face. Much of the incident was captured on a witness’ cellphone.

In a statement, Citizens United said: “Any person having information related to this crime is requested to contact Citizens United Foundation at the following email address: BerkeleyThugReward@citizensunited.org. In the email, please provide contact information and details of the information in your possession, including relevant facts. Any information provided will be promptly forwarded to the UC Berkeley Police Department.” 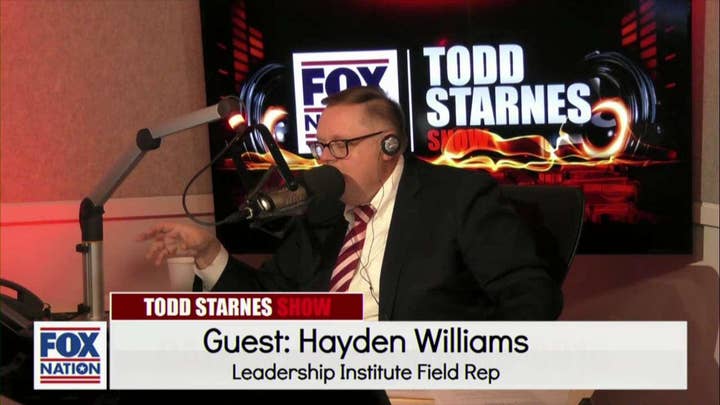 On Tuesday, the media relations office for UC-Berkeley told Fox News there were no updates in the case. The UC-Berkeley police department website’s most recent update is from Friday. After several efforts to contact the public information officer for the police department, Fox News was told he was out sick, and that there were no updates to report.

UC-Berkeley Assistant Vice Chancellor Dan Mogulof told Fox News: “This is all the information we are releasing for the time being, pending the district attorney's review. The University of California Police Department (UCPD) has concluded its investigation into the February 19th assault on the UC Berkeley campus. Based on the results of that investigation, the department is seeking a felony warrant from the Alameda County District Attorney for the identified suspect. The District Attorney will evaluate the case. If the warrant is issued, UCPD will immediately pursue the suspect’s arrest.”