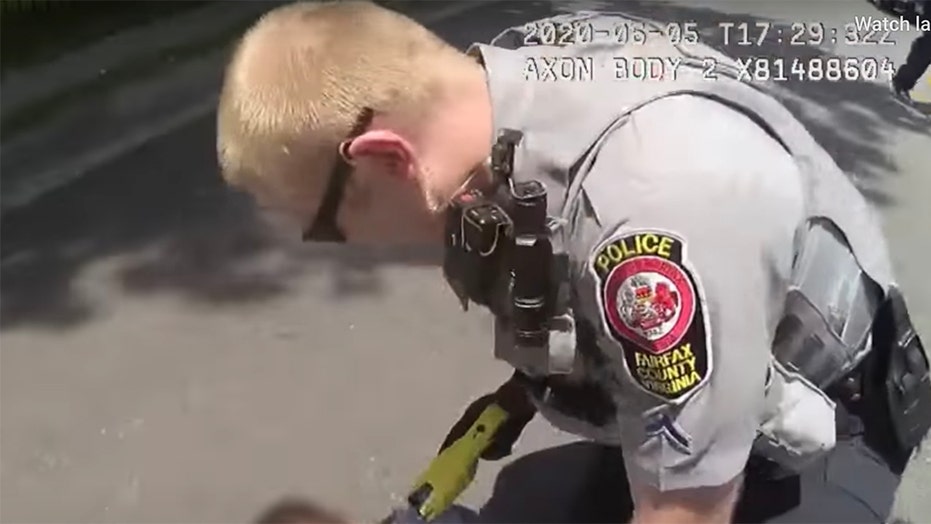 A white Virginia police officer has been arrested on assault charges after video showed him subduing a disoriented black man with a stun gun.

It happened Saturday on a residential street in Fairfax County just outside Washington.

The video shows Tyler Timberlake, a member of the Fairfax County Police Department, striking the man with a stun gun and then getting on top of him, along with the officer wearing the body camera.

Once Timberlake is on top of the man, he presses the stun gun into the back of his neck and fires again.

“Together as a community, through our transparency, we will heal as a community,” Police Chief Edwin C. Roessler Jr. said at a news conference announcing the arrest. “This is behavior we shall not tolerate.”

Sean Perryman, president of the Fairfax NAACP, told The Washington Post the video showed that Fairfax County is not immune to police violence.

“We need to reduce the interaction of black people with armed officers because we see time and time again that we are viewed as a threat,” he said.

Roessler said someone had called police about a man walking down a street shouting that he needed oxygen. In the video, the man hit with the stun gun repeatedly says, “Your body needs oxygen” and he does not appear coherent.

The officer who responded to the scene before Timberlake arrived was trying to deescalate the situation, the police chief said, adding that it’s unclear why Timberlake used his stun gun.

The man was treated at a hospital and subsequently released, Roessler said.

“Our nation is righteously angry at the law enforcement profession, as am I,” Roessler told reporters in a reference to protests against police brutality sparked by the death of George Floyd, a Minneapolis black man who died in police custody on May 25.

The charges against Timberlake are misdemeanors.

Derek Chauvin, a white officer, has been charged with murder in Floyd’s death.