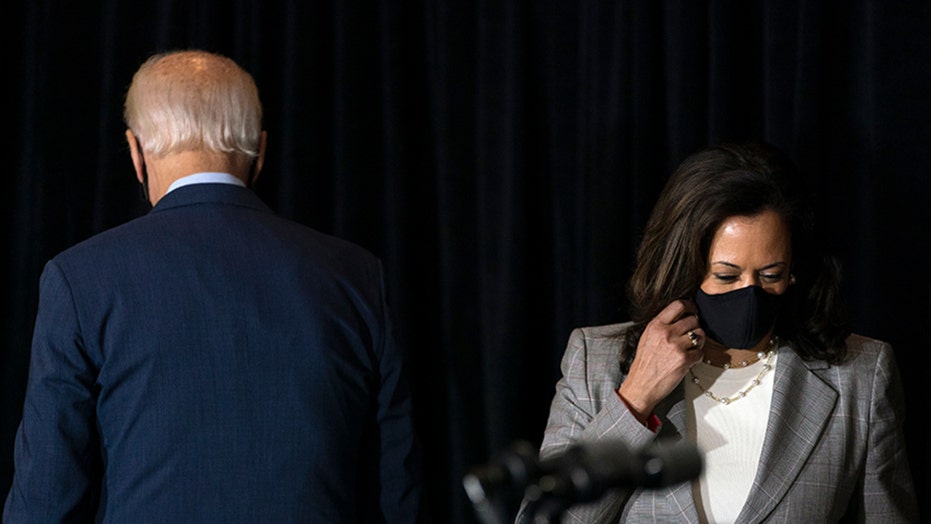 The mayor of a small town in Virginia is being urged to resign following a Facebook post in which he claimed Democratic presidential candidate Joe Biden "just announced Aunt Jemima" as his running mate.

Luray Mayor Barry Presgraves made the comment last weekend and has since faced a bitter backlash from the Luray Town Council as well as other residents who characterized his post as racist.

Presgraves has since taken down his post and on Monday apologized at a town council meeting.

"I understand what I posted on social media was wrong, offensive and unbecoming," Presgraves said.

AUNT JEMIMA CHANGING NAME, REMOVING IMAGE 'BASED ON A RACIAL STEREOTYPE' FROM PACKAGING

Reading from a prepared statement he added, "I also want to make a direct apology to all people of color and women. Passing off demeaning and worn out racial stereotypes as humor isn't funny."

Luray Council Member Leah Pence believes his apology isn't enough and has sent Presgraves a letter asking him to step down.

"Barry - I am writing to strongly urge you to resign over a racist comment you made on Facebook," the letter states. "The comment you posted has a type of humor that [has] not been appropriate or funny in my lifetime or yours."

Residents in the 5,000-person town also took Presgraves to task.

"Barry Presgraves, Goodbye... It is very disappointing that the Mayor of Luray would go to this LEVEL!," longtime Luray resident Audrey Tutt Smith posted. "I never comment on RACIAL comments... but this one is pretty low."

BIDEN, HARRIS APPEAR TOGETHER FOR THE FIRST TIME SINCE VP ANNOUNCEMENT: 'AMERICA IS CRYING OUT FOR LEADERSHIP'

Prior to the city council meeting, the 77-year-old mayor told the Page Valley News his actions were a "mistake" but still held on to the belief that he had not done anything wrong.

"I thought it was funny... I thought it was humorous. I had no idea people would react the way they did," he told the news outlet. "If I had a chance to do it over, I wouldn't do it."

When pressed on whether he would resign, Presgraves responded with a hearty "hell no."

"The people elected me and I have a few more months to serve," he said.

Biden announced Tuesday he had chosen Sen. Kamala Harris, D-Calif., as his running mate. Harris is the first Black woman and first Asian American woman to be vice president on a major party ticket.

In June, Quaker Oats announced it would be retiring its Aunt Jemima brand and logo, acknowledging its origins were based off of a racial stereotype.