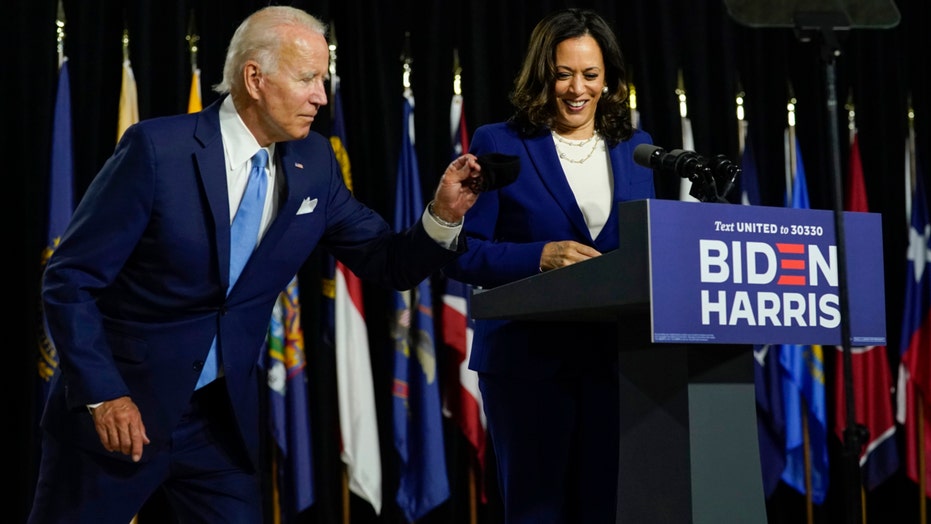 Joe Biden and Kamala Harris made their debut together as running mates Wednesday afternoon in Wilmington, Del., a day after Biden announced his choice of the California senator to join him on the 2020 Democratic ticket, with Harris vowing to prosecute the political case against the Trump-Pence ticket.

“I have no doubt that I picked the right person to join me as the next vice president of the United States of America, and that's Sen. Kamala Harris,” Biden said from a podium inside a high school gymnasium as he introduced Harris.

He added: “She’s ready to do this job on day one.”

KAMALA HARRIS CHOSEN AS BIDEN'S RUNNING MATE: WHAT TO KNOW

In her first appearance with Biden as his runing mate, Harris pointed to the public health crisis and the financial fallout and said the country is "crying out for leadership."

"America is crying out for leadership, yet we have a president who cares more about himself than the people who elected him," the California senator said. "A president who is making every challenge we face even more difficult to solve."

“The case against Donald Trump and Mike Pence is open and shut," Harris continued.

Harris then compared the Trump administration's handling of coronavirus to the Ebola public health crisis during the Obama administration.

"You know what happened then Barack Obama and Biden did their job, only two people in the U.S. died," Harris said. "Compare that to the moment we find ourselves in now. When other countries follow science, Trump pushed miracle cures."

In his introduction, Biden portrayed the choice of Harris -- the first Black running mate on a national party ticket -- would be inspiring to young minorities.

"This morning, all across the nation, little girls woke up, especially little black and brown girls who so often feel overlooked in their communities... for the first time they are seeing themselves as presidents and vice presidents," Biden said.

"We're going to get to work fixing the work Trump and Pence have created, both at home and abroad, through four years of mismanagement and coddling terrorists and thugs around the world," Biden said.

Biden also attempted to hit his opponent where it would hurt: "The president is on track to break another record -- he's on track to leave office with the worst jobs record of any president in American history."

Harris too hit Trump for the coronavirus-induced economic calamity.

"Trump is the reason millions of Americans are unemployed," she said. "He inherited the longest stretch of economic expansion in history from Barack Obama and Joe Biden."

"The unemployment rate has tripled as of today. This is what happens whe you elect a guy who isn't up for the job."

Biden referred to Harris as an "honorary Biden," saying he first came to know her through her work as attorney general with his son, Beau, the late attorney general of Delaware. "I know how much Beau respected Kamala and her work, that mattered a lot to me as I made this decision."

Biden and Harris will formally accept their nomination at the virtual Democratic National Convention next week. 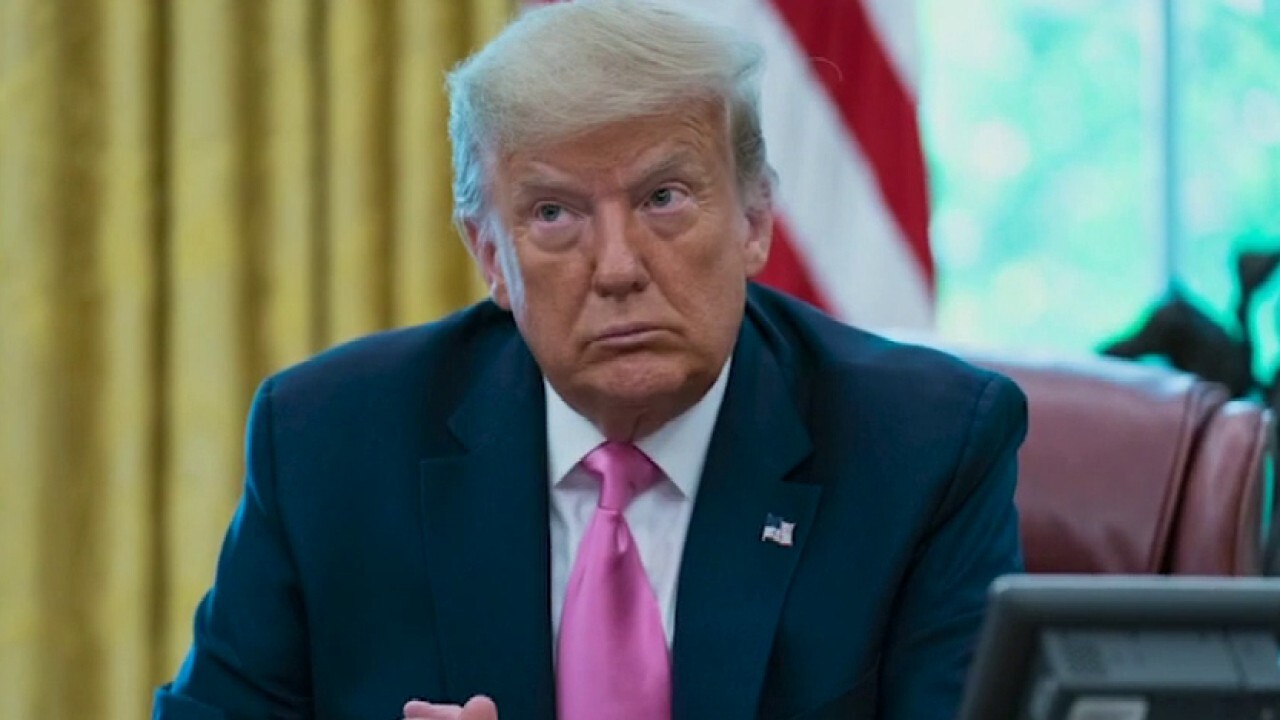 Ahead of the event, the Trump campaign slammed the ticket, arguing Harris "pushes Biden even farther to the left than he had already moved."

Shortly before the Biden-Harris debut, President Trump held an event Wednesday afternoon focused on "Getting America's Children Safely Back to School."

Biden announced Tuesday afternoon that he would be picking Harris, the daughter of Indian and Jamaican parents, to be his running mate.

The decision to tap Harris, following months of secret meetings and closely held deliberations, indicates the former vice president is setting aside their friction from the primary campaign. Harris memorably drew sharp contrasts with Biden when she challenged him on the debate stage over his past resistance to federally mandated desegregation busing.

Harris has served as senator from California since 2017. Before that, she worked as California’s attorney general from 2011 to 2017 and San Francisco’s district attorney from 2004 to 2011.

"I'm honored to join him as our party's nominee for Vice President, and do what it takes to make him our Commander-in-Chief," Harris tweeted in response to Biden’s announcement Tuesday.