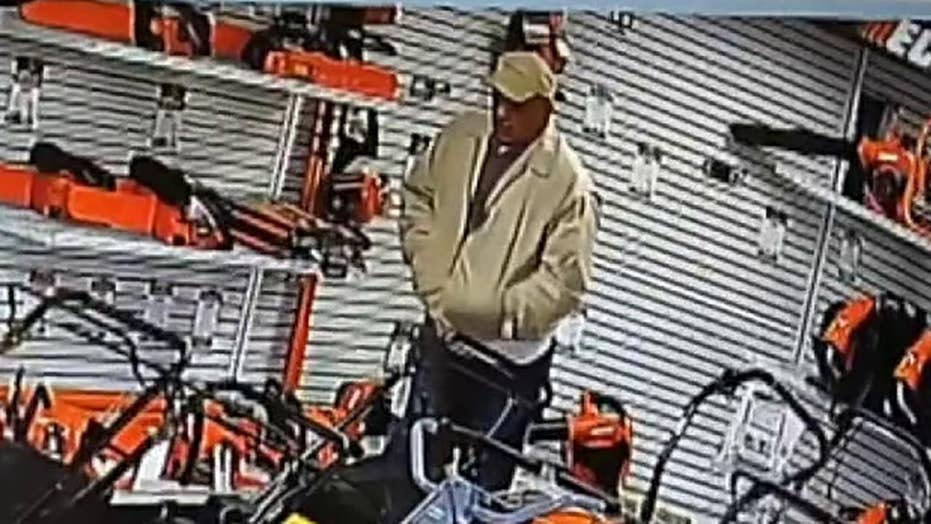 Surveillance video from a store in California captured a man allegedly stealing a chainsaw by sticking it down his pants and beneath his jacket.

The alleged theft happened at RG Equipment in Fresno, Calif., and the store’s co-owner Jeff Bennett was there at the time, he told KFSN.

Two men came into the business on Wednesday and one allegedly attempted to distract Bennett, the outlet reported.

The video showed a man in a beige jacket and hat standing in the corner of the store. The individual appeared to then lift up his jacket and conceal part of the item in his pants before covering the rest with his jacket.

"I immediately got on my phone to check the cameras and I seen it happen, but by that time he was gone," Bennett told the outlet.

Fresno Police Lt. Mark Hudson told Fox News that officers reported to the store on Thursday morning. Hudson learned from an official in the southeast policing district that they have some leads on a suspect, he said.

The item that was reported stolen was an Echo chainsaw, Hudson said. The store owner said the men drove away in a Dodge Ram pickup.