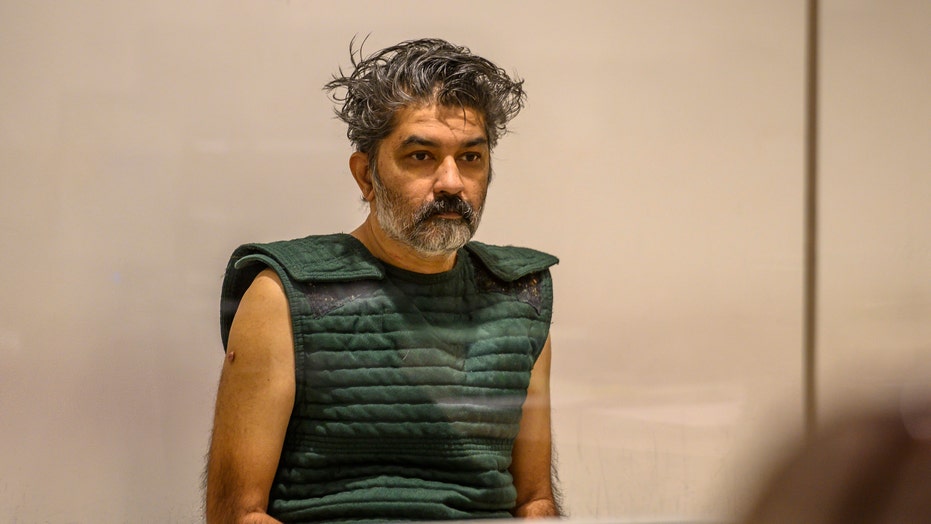 The victims of the man who allegedly killed four people and brought one of their bodies to a Northern California police station have been identified as his wife and three children.

Shankar Hangud, 53, reportedly killed the four over the course of nearly a week.

PREGNANT WOMAN STABBED IN 'RANDOM ACT OF VIOLENCE' ON HER WAY TO WORK DIES, POLICE SAY

Authorities have charged Shankar Hangud with killing two members of his family on Oct. 7 and a third the next day in their home in Roseville, northeast of Sacramento.

They said he killed his older son five days later near the Oregon border and drove to a police station in Mount Shasta with the body to surrender.

Prosecutors said he confessed to all four murders that day at the station, but he’s pleaded not guilty. He offered no motive and it’s unclear how the victims died.

Roseville police only learned of the killing after Hangud turned himself in in Mount Shasta and authorities called the local police department. Police then found the other three bodies at the family's Roseville apartment.

Hangud’s only interactions with law enforcement prior to the killings were two speeding tickets. However, tax records show he faced a $178,000 IRS tax lien.

Hangud was unemployed at the time of the killings, but he worked for several tech companies in Sacramento and the San Francisco Bay Area up until 2018.

“This incident has touched the lives of many in the area,” Capt. Josh Simon told reporters at a news conference last month, adding that such a killing had not occurred in the Placer County city of 130,000 in his recent memory. “It’s a very sad, sad situation,” he said, as reported by The Sacramento Bee.