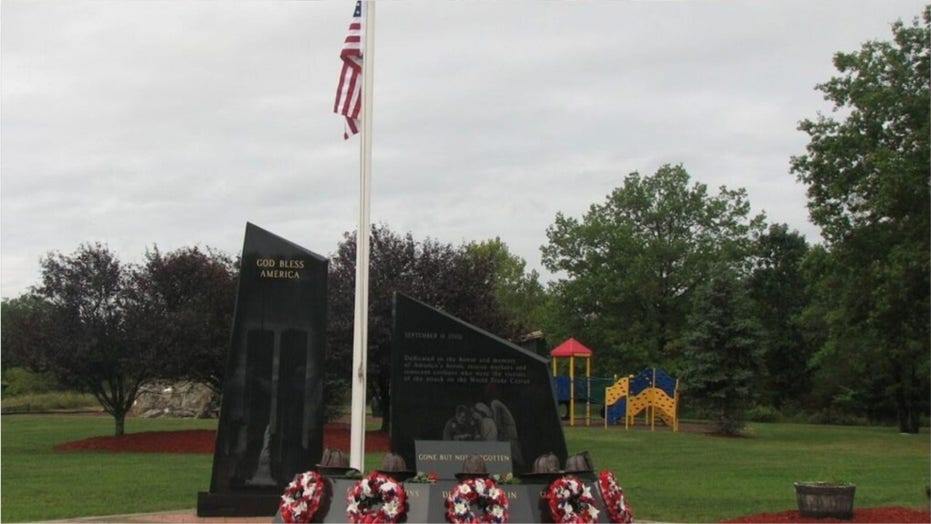 Police in New York have launched an investigation after a flagpole at a memorial honoring five firefighters who died in the Sept. 11 terrorist attacks was cut down by vandals.

The damage at the patriotic display in Washingtonville, north of New York City, was discovered early Wednesday, according to the Times-Herald Record.

The flagpole at the monument was cut down, police say. ColoreMedia

Washingtonville Police Chief Brian Zaccaro told the newspaper that those behind the vandalism used a tool to sever the flagpole about five feet from its base and then scrawled a message on the part left standing.

Police would not disclose the nature of the message, but did reveal that an eagle figure attached to the flagpole was found next to a toppled sign at the St. Mary's Parish Center about a half-mile away.

"These two locations mean so much to Washingtonville and the larger community," New York State Assemblyman Colin Schmitt, whose district includes the area, said in a press release.

Washingtonville Mayor Joseph Bucco said the village will replace the damaged flagpole and a $3,000 reward is being offered for information about the incident and the suspects, the Times-Herald Record reported.