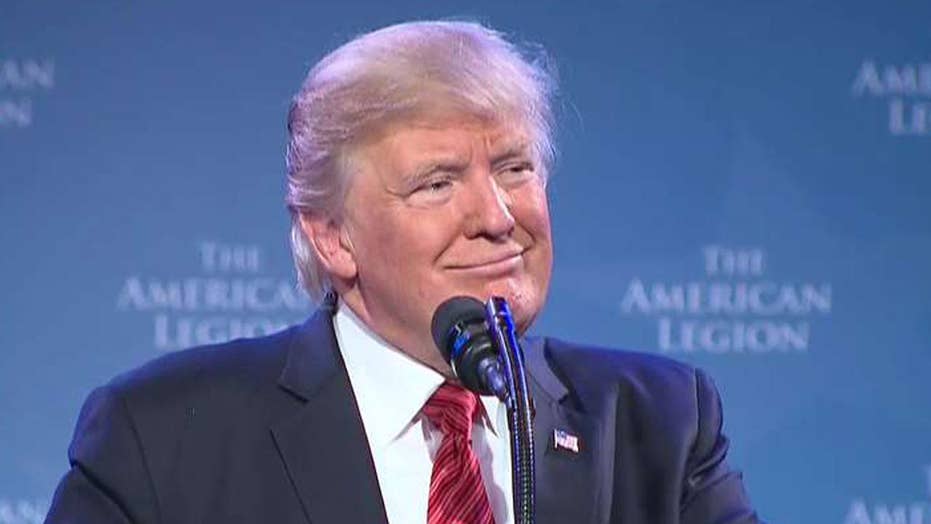 President Trump: We must take care of our great veterans

DES MOINES, Iowa – The Department of Veterans Affairs is paying an Iowa veteran $550,000 to settle his allegation that he suffered life-shortening heart damage because of a three-year delay in treatment.

John Porter, 68, of Greenfield, initially sought $5 million when he sued last year in federal court in Des Moines after he says VA staff overlooked a test result showing his heart was failing.

Porter told the Des Moines Register on Friday he was glad he lived long enough to see the case settled.

Porter's lawsuit says he went to the emergency room of the Des Moines VA hospital in October 2011 after feeling tightness in his chest, and tests showed he might have heart problems. The lawsuit said a follow-up test three weeks later showed his heart was functioning at less than half of normal levels, indicating heart failure, but no VA doctors told Porter of the findings.

Only three years later did doctors at an Arizona VA hospital, where Porter had gone in 2014 after experiencing severe chest pain, find the 2011 test results and inform Porter.

The lawsuit cited a cardiologist at the Des Moines VA who later wrote that the oversight kept Porter from seeing a cardiologist promptly and that because of the three-year delay, "I doubt there will be much progress made" in treating Porter.

A VA spokeswoman did not respond Friday to the Register's request for comment. Federal lawyers' formal response to the lawsuit acknowledged that the 2011 test was done on Porter and that the doctor said its results weren't acted on. But they denied that the VA staff was negligent or that Porter's life expectancy was curtailed because of the delay.

Porter, 68, is an Air Force veteran who served in Vietnam. He’s also a retired truck driver.

His lawsuit came amid national outrage over delays that many veterans were experiencing in dealing with the VA.

Porter told the Des Moines Register that he blamed his ordeal on communications problems within the VA. But he stressed that he wasn’t mistreated by VA employees.

“The Des Moines VA is full of knowledgeable, caring and competent people,” he told the newspaper. “I have nothing against the VA hospital.”

"The Des Moines VA is full of knowledgeable, caring and competent people. I have nothing against the VA hospital.”

The $550,000 for which Porter settled will likely shrink fast, he told the Register.

“After I’m done paying my lawyer and expenses, I’m not going to be rich,” he said Friday. “To me, it’s more of a moral victory than money, for sure.”