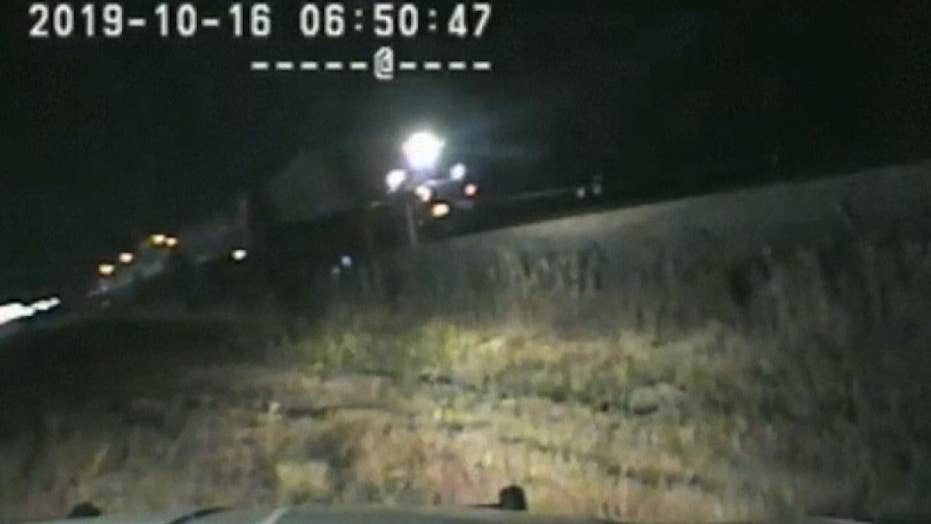 A Utah Highway Patrol Officer is being hailed as a hero after he risked his life to pull a man off of train tracks moments before a train barreled through the area.

Dashboard camera footage shows the officer bolting out of his vehicle and running into the path of the oncoming train to rescue an unconscious driver from a vehicle that had crashed on the tracks.

No one was injured in the crash, but the vehicle was destroyed.

“I looked to my left and was able to observe the train was coming pretty fast,” Correa told KSL-TV, “anywhere between 50 – 80 miles per hour.”

“At that point, I actually wasn’t really thinking, I was just doing my job, and the main concern was getting him [the driver] out,” he added.

The vehicle had veered off the freeway, crashed through a fence, and came to a stop on the train tracks after the driver suffered a medical condition. Correa had been handling a traffic stop nearby when he responded to a call of a car on the tracks. “Before I knew it, that train hit that vehicle and we were able to make it out alive,” said Correa.

Correa said he didn’t feel the weight of the situation until he watched the train launch the SUV from the tracks. “That’s when I realized, ‘Oh, wow, that was a lot closer than what I would have liked,'” he said.

The incident backed up traffic on Interstate 80 for four hours and caused delays on the Utah Transit Authority's Frontrunner commuter train service.