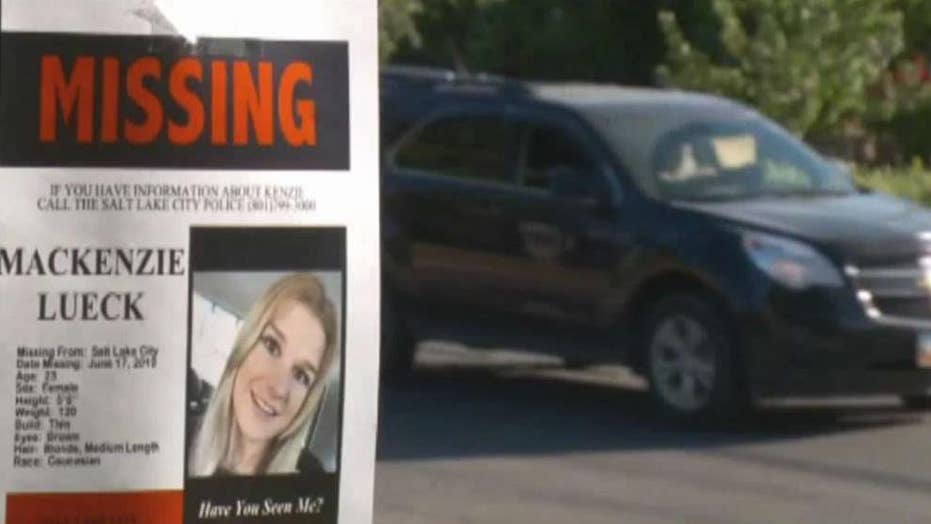 A search of Mackenzie Lueck's cell phone records lead detectives to a home in a residential Salt Lake City neighborhood and a burn pit in the yard; Claudia Cowan reports from the scene.

Mackenzie Lueck, 23, was last seen June 17 near a Salt Lake City park after she was dropped off by a Lyft driver. The University of Utah student was returning from her grandmother's funeral in California.

Assistant Chief Tim Doubt said there is a “nexus” between the home and Lueck’s disappearance, but he did not say if anyone has been arrested, The Salt Lake Tribune reported.

The Lyft driver, who was cleared as a suspect, told police he dropped Lueck off at Hatch Park in Salt Lake City around 3 a.m. where another car was waiting for her.

“Obviously we are treating this with a high degree of care,” Doubt said. “Given the nature of this case, we just don’t want to make a mistake.”   Doubt said police were expected to be at the house through the night.

The owner of the home has no criminal record, The Tribune reported, but previously lived near the park where Lueck was last seen.

A neighbor told The Tribune the owner had turned the home into an Airbnb rental.

Lueck was apparently texting with someone before her disappearance who is now cooperating with police. That person is not considered a suspect.

Police had said there was no evidence of foul play, but they were worried she has missed classes and flights.