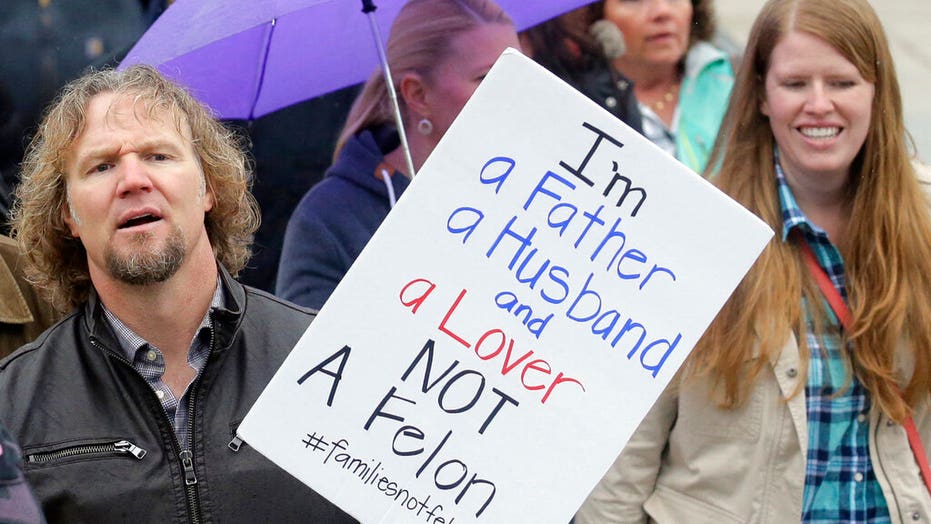 Utah lawmakers on Monday unanimously approved a bill that would decriminalize polygamy among consenting adults, despite arguments from opponents who said the law could potentially embolden abusers.

Despite polygamy being made a felony in Utah some 85 years ago, its practitioners still number in the thousands. Republican Senator Deidre Henderson, who proposed removing the threat of jail time for polygamists, said efforts to curb the practice have been largely ineffectual and, in some cases, have made matters worse.

"The law is a failure. It hasn't stopped polygamy at all and it's actually enabled abuse to occur and remain unchecked," Henderson said. Her proposal to make bigamy an infraction rather than a felony has gathered significant support, despite resistance from former members of polygamous groups.

Henderson argues that law, and the legacy of raids as recently as the 1950s, has created a culture of fear that empowers notorious abusers like the polygamous leader Warren Jeffs, who is now serving a life prison sentence in Texas for sexually assaulting girls he considered plural wives.

At the other end of the spectrum are modern consenting adult polygamists like Kody Brown of "Sister Wives," a TV show that chronicles the lives of Brown and his four wives.

The Utah attorney general has publicly declined to prosecute polygamists like Brown for years, but the bigamy law remains on the books.

Monday’s proposal would significantly lower the penalties for consenting adult polygamists but keep harsher penalties for crimes linked to polygamy, including coerced marriages. But some pro-polygamy advocates have pushed back, arguing that those enhancements create unfair associations with their communities.

Others say easing restrictions on polygamy won't do much to help victims and might make things worse. Melissa Ellis, who grew up in the polygamous Kingston group, said she worries leaders could consider it a victory if Utah lightened penalties.

"Those men are going to have more power and more control over their victims than they did before," she said, adding: "We need more laws in place that are going to help the victims."

The bill now moves to the full Senate for a vote, Salt Lake City's Fox 13 reported.