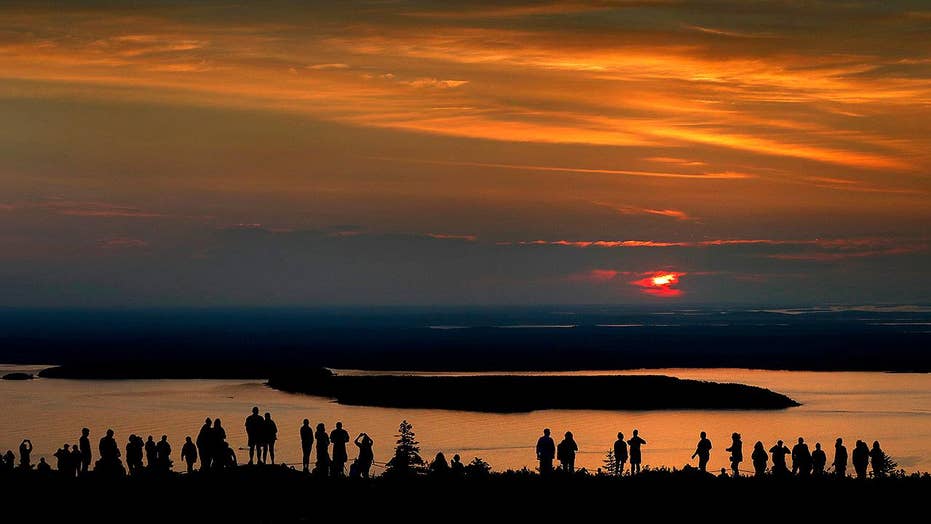 Visitors to Glacier National Park are reportedly ignoring the old environmentalist adage to “take only pictures, leave only footprints,” according to reps for the Montana park who have chastised tourists on Facebook for allegedly leaving behind heaps of trash.

Last week, officials were teed off by reports that tourists were whacking golf balls off the landmark Going-to-the-Sun Road during a traffic delay, according to NBC Montana.

On Tuesday, the park's official Facebook page shared a meme juxtaposing garbage dumpsters and a gorgeous vista of the great outdoors

“Don’t mix these two up! Anything you bring into a national park, you must pack out or dispose of in a proper trash receptacle,” reps for the national park wrote on Facebook, sharing a meme that. “Do not hit golf balls into canyons and valleys, do not leave used diapers on the sides of trails, do not toss your apple core because you think it’s natural.”

“National parks have been called America’s best idea. Don’t treat them like a garbage can,” the note concluded.

Park spokeswoman Lauren Alley said that the golf ball incident is under investigation and added that law enforcement calls to Glacier are up 40 percent over last year.

The environmentally friendly post has since been widely applauded, garnering more than 9,400 likes and 5,300 shares.