MOAB, Utah – FIRST ON FOX: Utah investigators have not ruled out a potential connection between two high-profile cases in the scenic campgrounds around Moab – a grisly double-homicide that left newlyweds dead and an apparent lovers’ quarrel involving a woman who has since gone missing.

"We're looking at everything, I mean, anything and everything that was suspicious around that time or we're not ruling anything out at this time," a spokesman for the Grand County Sheriff’s Office told Fox News Wednesday afternoon. "So we're just investigating the information as it comes in."

Crystal Turner, 38, and Kylen Schulte, 24, were last seen on Aug. 13 at Woody’s Tavern on Main Street in Moab. They were found shot to death in the South Mesa area of the La Sal Loop Road five days later.

Deputies have not yet identified a suspect, the spokesman said, and they are investigating all possible leads.

A friend discovered the victims partially undressed and riddled with bullet wounds, according to a warrant obtained by the Salt Lake City-based FOX 13.

Schulte worked nearby at a co-op grocery store called Moonflower – the organic, herb-scented bodega where Gabby Petito, 22, and Brian Laundrie, 23, got into an emotional argument that prompted a police response on Aug. 12.

The proximity of time and location prompted speculation that the two separate incidents may share another connection.

No charges were filed after the domestic call, but the incident was enough for a third-party witness to call 911. The engaged couple, who had been road-tripping across the country in a Ford Transit van since early July, told police that stress and undisclosed mental health issues had been building up ahead of the argument.

To be clear, there's been no evidence the two are connected at this time. 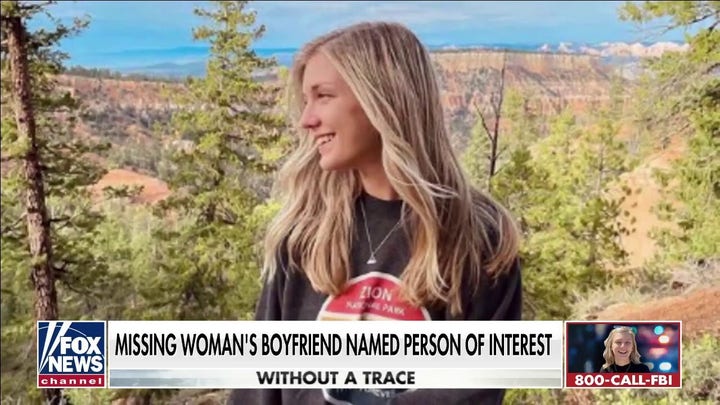 Police separated the two and set up Laundrie in a hotel overnight to cool things off. Petito stayed in the van – which Laundrie drove home to Florida without her on Sept. 1. That was 10 days before his fiancé’s mother reported her missing and six after Petito’s last known video call from Grand Teton National Park in Wyoming.

Laundrie has been hiding out at his parents’ house in North Port, Fla. He hired a lawyer and has refused to answer police questions.

North Port police said they were aware of the Aug. 12 incident and that it "certainly paints a picture leading up to Gabby’s disappearance."

"Mr. Steven Bertolino, esq. the @NorthPortPolice needs your help in finding Gabby Petito," he wrote. "Please call us to arrange a conversation with Brian Laundrie. Two people left on a trip and one person returned!"

Bertolino did not immediately respond to a request for comment.

Richard Stafford, a spokesman for Petito’s family, also released a statement Wednesday calling on Laundrie to cooperate with police, calling his silence "reprehensible."

Laundrie has been named a person of interest but not a suspect in connection with Petito’s disappearance, and authorities have not definitively linked the two cases.

Turner and Schulte were newlyweds on a camping trip when they were shot and killed. Schulte’s aunt Bridget Calvert said her niece and Turner had told friends at least twice about a man who was "creeping them out" around the campground, FOX 13 reported.

Investigators did not immediately have a description for the creeper.

The FBI is assisting in both cases.