Another employee for the U.S. Postal Service is facing federal charges in the latest instance where mail-in ballots were discovered dumped in the trash in Kentucky.

Similar cases have been seen in the key battleground state of Pennsylvania over the past few weeks, as a record number of Americans are casting their ballots by mail this year amid the coronavirus pandemic. Ballot drop boxes have also been set ablaze in separate incidents in Boston and outside Los Angeles recently.

Meanwhile, USPS workers were directed Tuesday to perform late and extra trips to “the maximum extent necessary to increase on-time mail deliveries, particularly for election mail.” A federal judge said the USPS must rescind rules set in place by Postmaster General Louis DeJoy over the summer and carry out the extra trips, as well as ordered USPS to distribute information to staff regarding each state's deadlines for accepting ballots so that they can ensure timely delivery.

A statement from USPS following the order said its "number one priority between now and the November election is the secure, timely delivery of the nation’s Election Mail," and that it is "deploying extraordinary measures" that include "expedited handling, extra deliveries, and special pickups" as it has done for past elections.

"These measures are on top of additional resources the Postal Service has allocated throughout October, including, but not limited to, expanded processing procedures, extra transportation, extra delivery and collection trips, and over time, to ensure that Election Mail reaches its intended destination in a timely manner," the statement said.

The USPS is also entrenched in a legal battle with a police union after pulling its uniformed officers from the streets last month, ending daily patrols meant to prevent robberies of blue collection boxes and mail vehicles, as well as provide mail carriers escorts in some neighborhoods in larger cities, The Wall Street Journal reported.

Postal Police Officers Association President Frank Albergo said in an interview with Fox News last week the move undermines public trust in the mail, particularly in regard to ballots this close to the election. He said mail theft and assaults on carriers are soaring by close to 600%, yet prosecution is down by half.

Here’s a summary of recent cases of alleged absentee ballot interference seen across the country.

A former employee with the U.S. Postal Service in Louisville, Ky. was charged for willfully obstructing the passage of mail, U.S. Attorney for the Western District of Kentucky Russell Coleman announced Monday.

DeShawn Bojgere, 30, of, Louisville, was charged with delay or destruction of mail, a federal crime under 18 United States Code 1703, after allegedly discarding a large quantity of mail sometime between Oct. 5 and Oct. 15, according to the criminal complaint.

The dumped mail was later found in a construction dumpster on Galene Drive in Louisville and included approximately 111 general election absentee ballots from the Jefferson County Clerk’s Office being mailed to voters to be filled out.

Aug. 18, 2020: A postal worker empties a box near the Fiserv Forum in Milwaukee. Parts of the politically coveted battleground states of Wisconsin, Michigan, Pennsylvania and Ohio fell short of delivery goals by wide margins as the agency struggles to regain its footing after a tumultuous summer. (AP Photo/Morry Gash)

It also included approximately 69 mixed class pieces of flat rate mail, 320 second-class pieces of mail, and two national election campaign flyers from a political party in Florida. An analysis of the mail revealed it was from a single route for one scheduled delivery day.

Bojgere allegedly admitted to special agents with the U.S. Postal Service that he was responsible for discarding the mail in the construction dumpster, according to the criminal complaint. He is no longer employed by the postal service.

“Especially in these times, Americans depend on the reliability and integrity of those that deliver the U.S. Mail,” Coleman said in a statement. “Conduct by Postal employees that violates that duty will result in swift federal prosecution.”

If convicted, Bojgere may face up to five years in prison and a $250,000 fine, and one year of supervised release after serving the sentence.

Boston Police and the FBI announced Monday that they arrested the man spotted on surveillance footage allegedly igniting a fire inside a ballot drop box outside the main campus of the Boston Public Library over the weekend.

Worldy Armand, 39, is expected to be arraigned in Boston Municipal Court on the charge of willful and malicious burning, the Boston Police Department said in a statement.

The Boston Police Department released two photos showing someone allegedly igniting the fire inside the ballot box outside the main branch of the Boston Public Library in Copley Square.

The FBI joined the investigation Sunday after the Massachusetts Secretary of State’s Office made them aware of the overnight attempted arson attack that happened at approximately 4 a.m. outside of the Boston Public Library Main Branch, in Copley Square.

Massachusetts Secretary of the Commonwealth William F. Galvin said in an earlier statement that he contacted Lelling’s office and asked that the FBI investigate what appeared to be a “deliberate attack" on the ballot box.

Galvin said voters may track their ballots at www.TrackMyBallotMA.com to confirm receipt. The Boston Elections Department urged those who are not able to confirm their ballot status through the website, and who used the Copley Square dropbox between 2:30 p.m. on Saturday and 4 a.m. on Sunday, to contact them immediately. 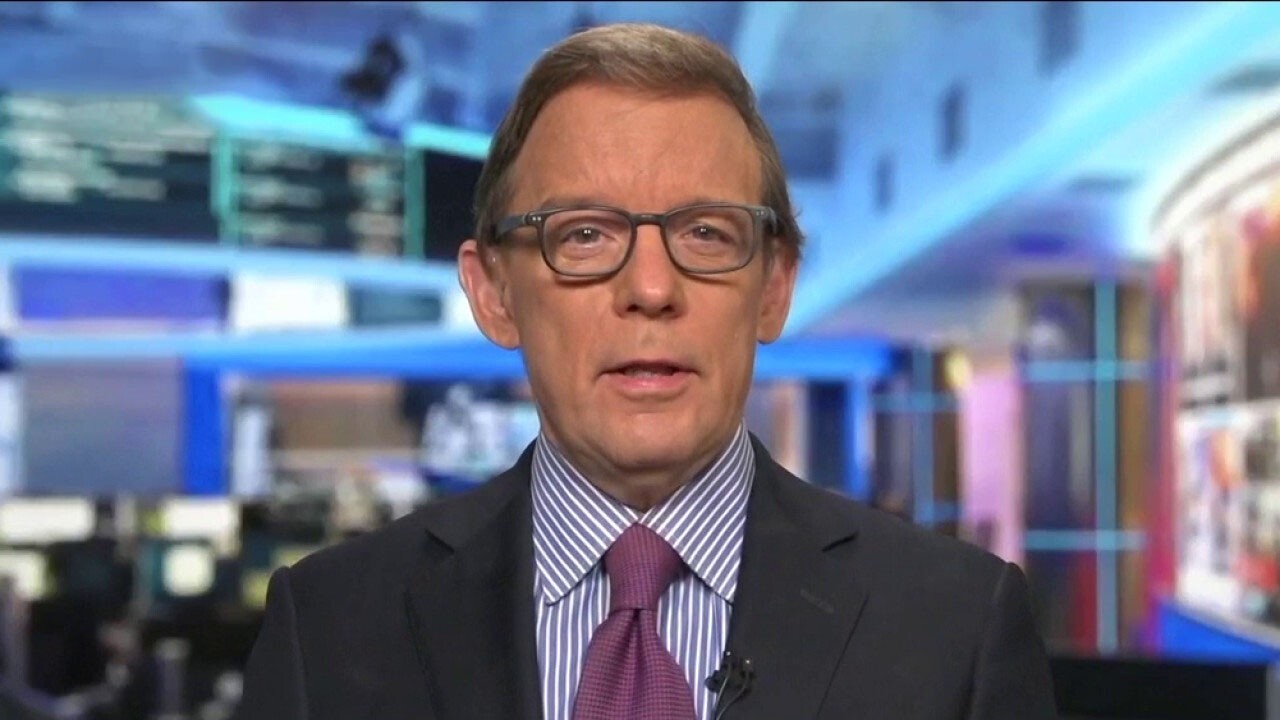 Fox News is still waiting for envelopes mailed from the key state of Florida. Where’s one from Chicago?

A ballot drop box in Los Angeles County was set on fire on Oct. 18, and authorities opened an arson investigation into the incident. No suspect has been publicly identified by authorities.

After the ballot drop box located outside the Baldwin Park Library was damaged by fire, the Los Angeles County Registrar’s office said in a statement it immediately requested an investigation through local law enforcement and reported the incident both to the FBI and the California Attorney General for investigation and to obtain all available footage to determine the cause of the fire.

The registrar’s office said it was reviewing all material collected to determine the appropriate notifications to voters whose ballots may have been impacted and will ensure they can exercise their fundamental right to vote. The damaged dropbox location was closed. 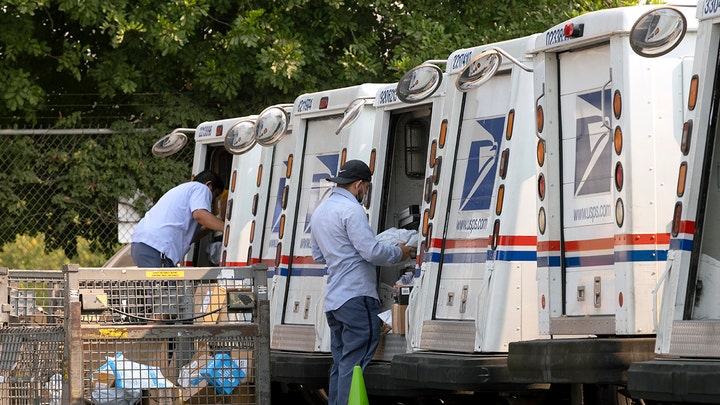 Before the fire, county staff last picked up ballots at the affected drop box location on Oct. 17 at 10:10 a.m. The registrar’s office encouraged those who utilized this dropbox location after that time period to call 562-503-2445 or email vbmdropoff@rrcc.lacounty.gov for assistance. The registrar also immediately increased the frequency of ballot pickup at all other boxes.

“The arson of an official ballot drop box by the Baldwin Park Library in the First District has all the signs of an attempt to disenfranchise voters and call into question the security of our elections,” said Los Angeles County Supervisor Hilda L. Solis. “Tampering, or attempts to tamper, with our democracy will not be tolerated. Rest assured, LA County residents’ voices will be heard when they vote, including in this election.”

The state Republican Party has removed their unstaffed, unofficial ballot drop boxes that state officials deemed illegal, California’s secretary of state said, and subpoenas are being issued to get more information about them as the state attorney general looks into possible election law violations.

Two U.S. postal employees in the Pittsburgh area are facing federal charges after heaps of undelivered mail were discovered in the trash the week before, the U.S. Attorney’s Office for the Western District of Pennsylvania announced on Oct. 14.

Sean Troesch, 48, and James McLenigan, 29, have been charged in two separate criminal complaints with delay or destruction of mail by a postal employee, according to U.S. Attorney Scott W. Brady. No mail-in ballots were found among the discarded mail, but two requests for mail-in ballots were recovered. If convicted, each man could face a maximum term of five years in prison, a fine of $250,000, or both.

Troesch, who worked at the U.S. Post Office in Mount Oliver, Pa., was spotted taking mail from the rear of his vehicle and placing it into trash bags. He then allegedly placed the trash bags outside his home to dispose of them. The post office received a complaint about his activity on Oct. 8.