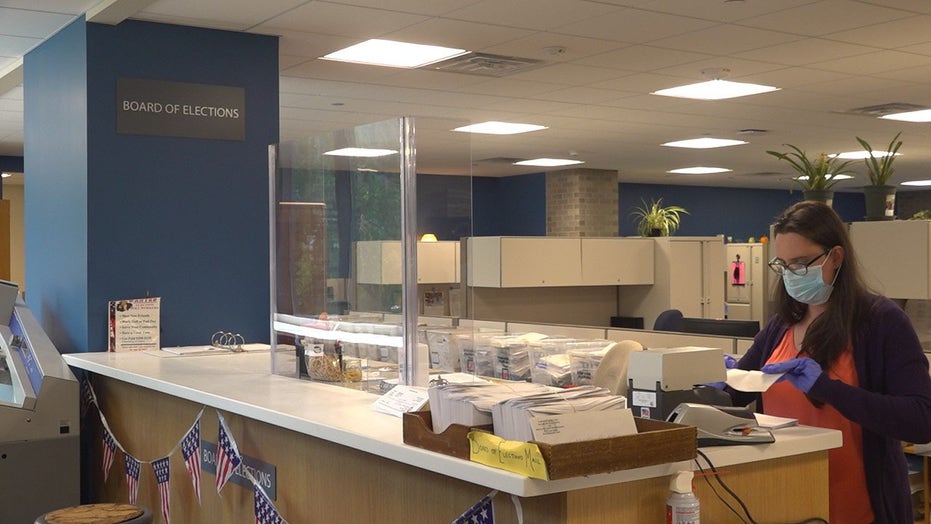 Two U.S. postal employees in the Pittsburgh area are facing federal charges after heaps of undelivered mail were discovered in the trash this past week, the U.S. Attorney’s Office for the Western District of Pennsylvania announced Wednesday.

Sean Troesch, 48, and James McLenigan, 29, have been charged in two separate criminal complaints with delay or destruction of mail by a postal employee, according to U.S. Attorney Scott W. Brady. No mail-in ballots were found among the discarded mail, but two requests for mail-in ballots were recovered.

If convicted, each man could face a maximum term of imprisonment of five years in prison, a fine of $250,000, or both.

Pennsylvania is a major battleground state in the upcoming presidential election.

"During this election season, the integrity of the mails is more important than ever," Brady said in a statement. "When any public employee, including a mail carrier, violates the law, we will respond quickly. These carriers each attempted to destroy mail, including both political advertisements and an application for a mail-in ballot. Anyone who would obstruct or delay United States mail that includes election-related materials should know that the Department of Justice will take quick, efficient action against them."

Troesch, who works at the U.S. Post Office in Mount Oliver, Pa., was spotted taking mail from the rear of his vehicle and placing it into trash bags. He then allegedly placed the trash bags outside his home to dispose of them. The post office received a complaint about his activity on Oct. 8.