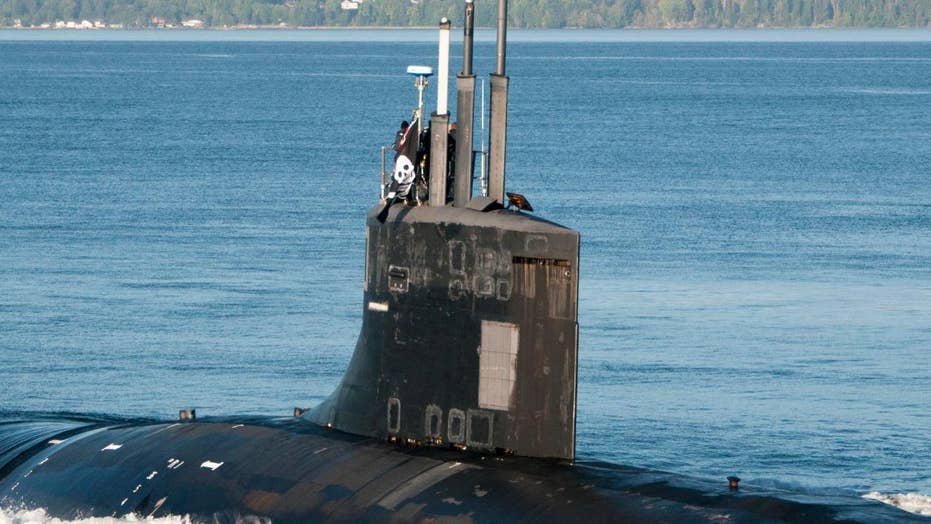 The elite US nuclear submarine USS Jimmy Carter flew the pirate flag, the Jolly Roger. What is the significance?

One of the United States' most advanced nuclear submarines returned to port in Washington state this week flying a Jolly Roger, a move steeped in maritime lore and mystery.

The images of the USS Jimmy Carter, a Seawolf-class nuclear-powered submarine passing through the Hood Canal, were posted to a Pentagon media site and Twitter page. They show the skull and bones flying beside the American flag, the Washington Post reported.

The 450-foot-long Carter is one of three in its class and designed to conduct covert sea operations, the paper reported. The sub also was filmed returning from its last patrol in April with the Jolly Roger flying from the conning tower.

The black flag emblazoned with a skull and crossbones is of significance, says Scottish journalist Ian Keddie, who posted one of the photos on Twitter. The tradition of flying it dates to 1914, during World War I, when a British submarine sank the German battle cruiser Hela, according to the historical book “Submarines at War 1939-45,” the paper reported.

When the HMS E-9 returned to port, Lt. Cmdr Max Horton raised the iconic pirate flag to signal that its crew had sunk an enemy warship. British naval fleets have honored the tradition sporadically ever since.

It was not immediately clear why the Carter returned to its home port observing a British tradition, according to the paper. U.S. submarine activity is reportedly rarely discussed by the Pentagon, and the vessels operate in secrecy.

The paper pointed out that the flag display could represent the success of a more covert mission.

The Carter is able to deploy unmanned submersibles and probably splice undersea cables, all while using specially outfitted thrusters to almost hover off the ocean floor.

One of the Seawolf class’s namesake subs participated in the Cold War-era operations, in which U.S. subs tapped Soviet communication lines that were underwater.