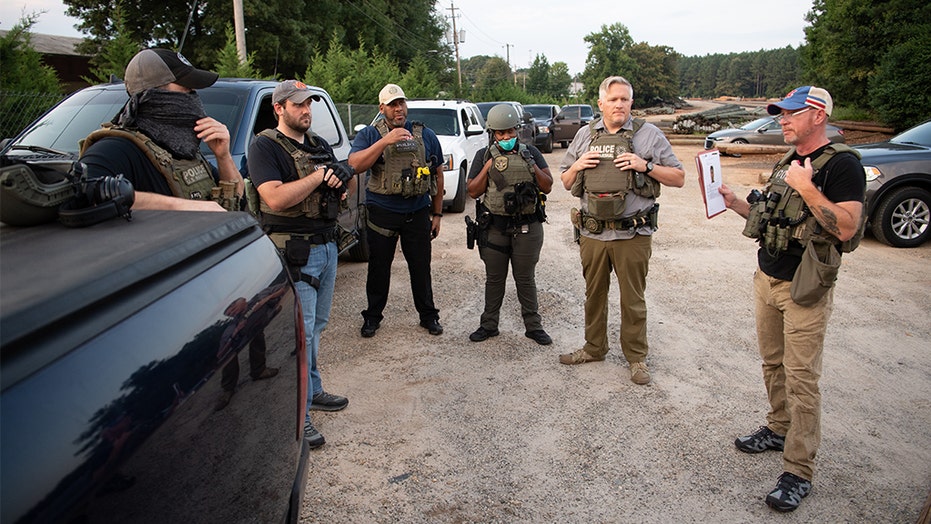 A two-week mission to rescue endangered and missing children in Georgia led to the recovery of 39 juveniles and the arrests of nine suspects, the U.S. Marshals Service announced Thursday.

“The message to missing children and their families is that we will never stop looking for you,” Donald Washington, the director of the Marshals Service, said in a statement.

“Operation Not Forgotten” led to the rescue of 26 missing children and the safe location of 13 more, according to authorities.

Operation Not Forgotten resulted in the rescue of 26 children, the safe location of 13 children and the arrest of nine people. (Photo by: Shane T. McCoy / US Marshals)

The nine suspects face a total of 26 charges, including sex offender violations.

The Marshals assisted state and local authorities in a number of separate cases during the operation. The federal authorities periodically assist police with federal resources to help clear separate missing persons cases.

Authorities said the missing children were at high risk of child sex trafficking, exploitation and abuse – and some suffered from medical and mental health conditions.

The 2015 Justice for Victims of Trafficking Act gave the Marshal's broader authority to assist state and local police departments tracking down missing children, regardless of whether fugitives or sex offenders are involved in the case, officials said.

Authorities said the missing children were at high risk of child sex trafficking, exploitation and abuse – and some suffered from medical and mental health conditions. (Photo by: Shane T. McCoy / US Marshals)

“When we track down fugitives, it’s a good feeling to know that we're putting the bad guy behind bars,” said Darby Kirby, chief of the Missing Child Unit. “But that sense of accomplishment is nothing compared to finding a missing child.”

“Operation Not Forgotten” involved months of planning before it began, authorities said. Other agencies involved include the National Center for Missing and Exploited Children, the Georgia Bureau of Investigation, Georgia’s Office of the Attorney General, the state’s departments of Family and Children Services and of Juvenile Justice, the FBI and Children’s Healthcare of Atlanta.

There were 417 human trafficking cases in Georgia last year, according to the National Human Trafficking Hotline.

In neighboring Florida, which has roughly double Georgia’s population, there were 896 human trafficking cases in 2019.

On the federal level, the Justice Department (DOJ) secured convictions against 475 human traffickers in 2019, according to the State Department’s annual Trafficking in Persons Report. Of those, 454 involved sex trafficking, and only 21 involved labor.

Anyone who suspects human trafficking can call the National Human Trafficking Hotline at (888) 373-7888.