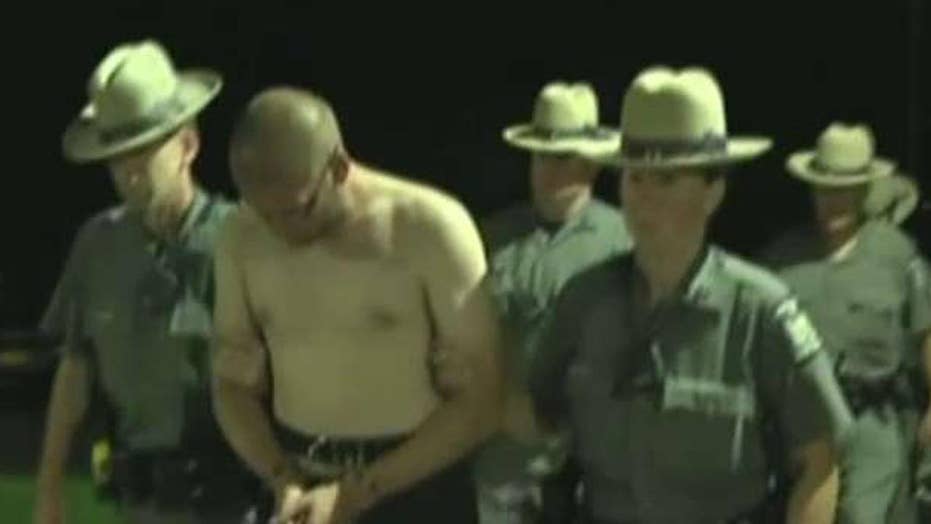 A U.S. Army soldier has been accused of shooting and killing his wife and a New York state trooper after a domestic dispute Sunday night, police said.

Davis, 36, responded to a call of shots fired at a home in Theresa, near the Canadian border, about 8 p.m. Sunday, New York State Police Superintendent George P. Beach II said. Davis was outside the home and getting out of his cruiser when he was shot once. Another trooper responding to the shooting found Davis in a roadside ditch.

Davis was taken to the hospital but died an hour later.

Nichole Walters, 27, was found dead inside the home. A friend of the mother told The Associated Press he was shocked about the deadly shooting. Jerry Mikels said he didn't think Justin Walters was capable of killing his wife, who was a stay-at-home mom taking care of their toddler son. The couple met when she was finishing high school and he was heading to business school, according to Mikels.

A second woman, who lived in a shed on the property, was also shot and suffered non-life threatening injuries, WWNY reported.

Davis, of Evans Mills, graduated from the Basic School of the New York State Police Academy in 2013, according to WWNY. He originally was assigned to the Troop D Watertown barracks before receiving his current assignment at the state police barracks in Philadelphia, just outside Fort Drum.

Davis is survived by his wife and three children.

"Trooper Davis served as a member of the New York State Police for four years and his death is yet another sad reminder of the risks law enforcement officers face each day in order to protect our communities and serve the residents of this great state," Cuomo said.