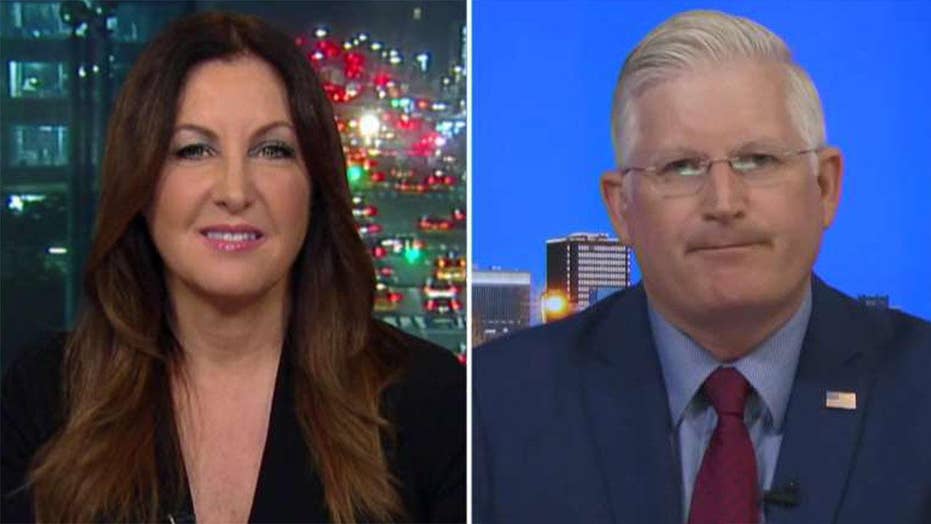 The measure was signed by Gov. Andrew Cuomo on Monday, hours after it passed the state Senate. It passed the Assembly last week.

In a letter Erie County Clerk Michael Kearns sent to attorney Michael Siragusa on Tuesday, he asked for representation in a lawsuit over the legislation in federal court, WIVB in Buffalo reported.

Siragusa did not immediately respond to Fox News’ request for comment.

WIVB reported that a spokesperson for the attorney said the letter had been delivered, and that he "will be reviewing the request to make a determination on any potential action."

“After a review of the act, I am convinced that it is inconsistent with federal law,” Kearns wrote in the letter. “More importantly, however, complying with the act puts me and other county clerks in the untenable position of having to decide whether to uphold federal law or the newly enacted state law. I anticipate being sued in either event.”

Speaking with WIVB, Kearns also reportedly suggested the bill may be a violation of the Immigration Reform and Control Act of 1986, which would make it illegal to knowingly hire illegal immigrants.

Kearns told the media outlet he hopes to get the law thrown out before it is scheduled to take effect in December, adding that he won't follow the law if it does take effect.

When asked if he is prepared to lose his position if he doesn’t comply with the law Kearns told the television station, "He [Governor Cuomo] has the power. However through my research, working through my legal team, we have to be charged. There has to be some charges, and I get to answer those charges. It's almost one of those things we're preparing for. I hope it doesn't happen."

Cuomo's office did not immediately respond to Fox News’ request for comment. His support for the bill appeared in doubt Monday after he voiced concerns that U.S. immigration officials could use state license information to target immigrants for deportation.

Supporters of the bill include the state Business Council and immigrant advocates who think licenses would help immigrants get jobs.

Republican lawmakers argue that illegal immigrants shouldn't be rewarded for violating the rules.