Buck Sexton joined 'Hannity' to discuss why the Biden administration banned vape products from the e-cigarette company Juul and not cigarettes.

The U.S. Department of Justice announced a court order on Tuesday requiring major cigarette companies to display signs in retail stores, with corrective statements about the health effects and addictive nature of cigarettes.

In a press release on Tuesday, the DOJ said the court order "resolves the government’s long-running civil racketeering lawsuit against the largest United States’ cigarette companies."

Major cigarette companies will be required to display signs in stores about their products' health effects. (iStock)

In 1999, the lawsuit was filed in U.S. District Court in Washington, D.C. The trial took place between 2004-05, and the courts determined that the companies defrauded consumers about the dangers associated with smoking.

Although the court case ended in 2005, the court order on Tuesday imposed what the DOJ says is the last of several corrective remedies ordered because of that case.

"Justice Department attorneys have worked diligently for over 20 years to hold accountable the tobacco companies that defrauded consumers about the health risks of smoking," Associate Attorney General Vanita Gupta said. "Today’s resolution implements the last remedy of this litigation to ensure that consumers know the true dangers of the smoking products they may consider purchasing."

It is estimated that 200,000 of the 300,000 retail locations in the U.S. that sell cigarettes have agreements with the tobacco companies, allowing the companies to control how cigarettes are displayed in the stores.

The order issued on Tuesday requires the companies to amend their agreements with the stores to require the corrective statements to be placed in the stores.

The statements are to be placed on color signs, according to the order, and designed to be eye-catching.

The U.S. Department of Justice is requiring major cigarette companies to display signs in stores about the health effects of cigarettes. (Kevin Dietsch/Getty Images)

RUNNER, 50, FINISHES MARATHON IN CHINA IN LESS THAN 3.5 HOURS WHILE CHAIN-SMOKING CIGARETTES

For example, one of the messages reads, "Smoking cigarettes causes numerous diseases and on average 1,200 American deaths every day."

The order goes into effect on July 1, 2023, at which point the companies will have three months to post the statements. The retailers will then be required to display the signs for 21 months, in English and Spanish, though the latter will be required in areas with large Spanish-speaking populations.

"This is an important moment in the history of cancer control in the United States," Associate Director William Klein of the National Cancer Institute’s Behavioral Research program said. "Smoking causes about 30% of all cancer deaths in the United States, and therefore the court-ordered corrective statements appearing at the point of cigarette sale will help support our mission to reduce the burden of cancer. We are grateful to our colleagues at the Department of Justice for having completed this significant work." 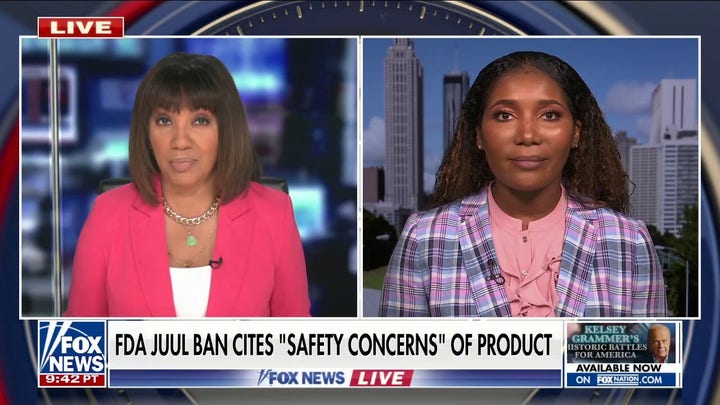