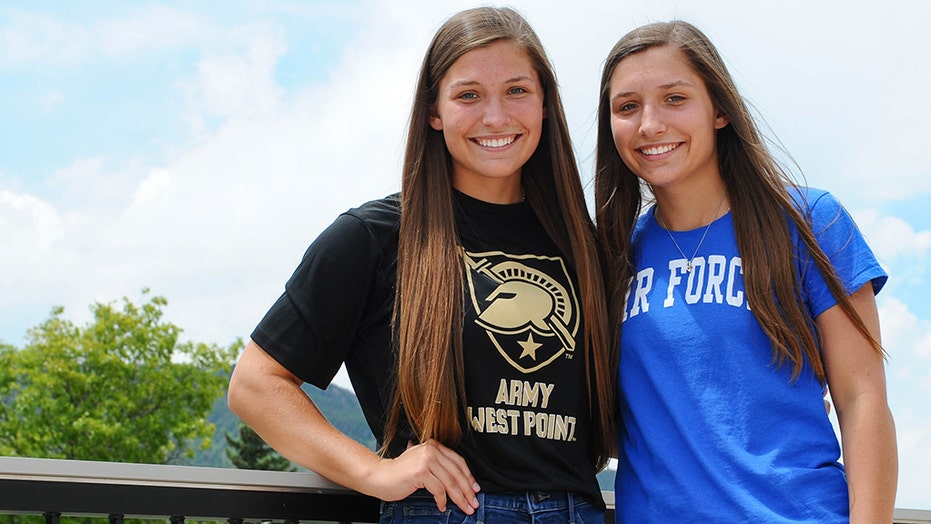 Aubrie and Emma Kuhrt have always been inseparable, and they’ve always wanted to join the military.

This summer, the twin sisters from Texas made the big split when they parted ways to attend two different U.S. military academies.

Aubrie is a cadet at the U.S. Air Force Academy in Colorado, and Emma is attending the U.S. Military Academy at West Point in New York.

“As long as we can remember, we have wanted to join the military,” Emma said in a news release from the Air Force Academy. “In about seventh grade, our teacher asked if there was anything in the world we could do, what would it be? And number one on both our lists was to serve in the military.”

“We didn’t even plan it that way, it happened naturally,” Aubrie said. “We both had this love for service.”

The twins started their military training earlier this summer, and both agreed it was an important step to forming their individual identities in life.

“We have always slept in the same bedroom, had the same experiences, and now it’s going to be different, but there will definitely be a lot of letters,” Aubrie said.

The twins’ mother, Shannon Kuhrt, said her daughters have “always wanted to serve their country.”

“They started and completed the application process on their own," she noted. “It was their passion, their dream and they did it. People ask what we did to have [both daughters accepted to an academy], and other than the fact that we raised them to be strong and independent, it wasn’t us -- they made this happen for themselves.”

While Aubrie and Emma have been physically apart, they’re together in spirit. They relied on their faith when cadet basic training got tough, and each wore a necklace with a Bible passage as a reminder.

“I believe God has [a] plan for me, and everything has aligned perfectly for me to be here,” Aubrie said.

WOUNDED U.S. SPECIAL FORCES VETERAN HONORED AT YANKEE STADIUM WITH FAMILY BY HIS SIDE

“It was difficult to adjust at first, especially since I was unable to talk to Emma, but I made some really awesome friends and kind of found my place here,” she said. “I learned that I am stronger than I thought possible... Whatever limit I thought I had, it can be broken, and I can go further.”

After several weeks of basic cadet training, the academic semesters have kicked off, and the twins have been aiming to reunite Nov. 2 at the Air Force-Army football game in Colorado Springs, Colo.

Newly commissioned officers then would be required to serve at least five years on active duty and then could serve as inactive reservists for at least three years, making it a minimum eight-year post-graduation commitment for both for the Army and the Air Force respectively.