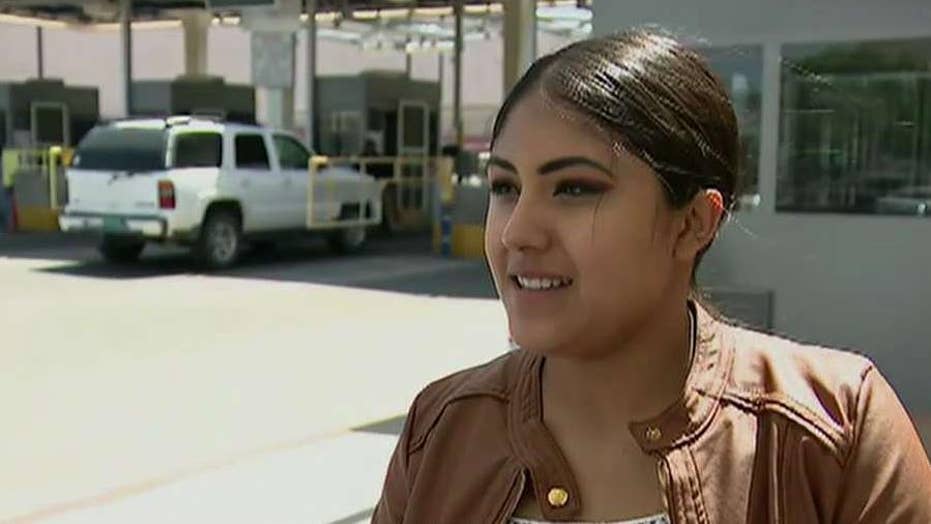 EL PASO, Texas – In El Paso, an estimated 15 million cars cross the U.S.-Mexico border each year. Some 7 million people walk through the ports of entry. Hundreds of thousands of trucks containing raw materials and finished goods rumble across the border. But what if all that were to stop, if President Trump follows through on his threats to close the border crossings?

“It gives me heartburn,” said Dee Margo, the mayor of El Paso. “It is critical our borders remain open.”

On the border, crossings are big business. El Paso is a huge land port. Margo, a Republican, told Fox News there are close to 100 Fortune 500 companies with factories just over the border in Juarez. Raw materials from the United States go to the factories in Mexico and finished goods come back to the U.S.

A port of entry in El Paso. (Fox News)

Ruby Contreras lives in El Paso with her 3-year old daughter. She told Fox News, “I’m worried because I have my family over there and it’s hard for them to come over here.” She visits regularly and worries about her family if she couldn’t visit.

Sebastian Carrasco, a 19-year old student who lives in Juarez, but goes to school in El Paso, explained: “There’s people in El Paso who come and go every day. Every day.”

Most border towns are just like El Paso, with many people living, working and shopping on both sides of the border. To them, closing it would be unthinkable.

ACTING ICE DIRECTOR: WE ARE FACING UNPRECEDENTED CRISIS AT BORDER

A street in El Paso, near the Mexico border. (Fox News)

If the ports of entry shut down, trade experts have cautioned the impacts would reach far beyond border towns.

“Mexico is a significant trading partner with the United States and an even greater percentage with Texas,” said Margo. As for a border shutdown? “We can’t afford that.”

Many other Americans will feel the pinch as well, experts have said. Almost half of all vegetables and 40 percent of all fruits imported into the U.S. come from Mexico.

In addition, Mexico is the third-largest trading partner with the US, the Office of the U.S. Trade Representative said. In 2017, an estimated $615.9 billion was traded between the two countries.