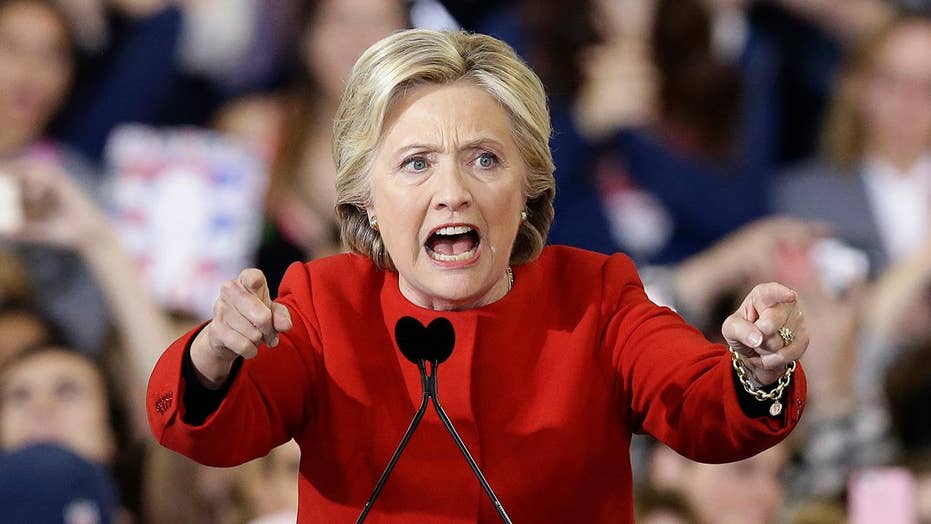 Bidding is underway on an unusual souvenir from the 2016 presidential campaign: a novelty dollar bill showing Hillary Clinton behind bars.

But what makes the “Federal Hillary Penitentiary Note” unusual is that it’s autographed by her 2016 opponent, Donald Trump.

Steiner Auctions, based in New Rochelle, N.Y., has authenticated the Trump signature, TMZ reported. The bill was among those handed out at a Trump rally in Florida, according to the report.

The front side of the bill, autographed by Trump, shows an image of Clinton behind bars, with the “Federal Hillary Penitentiary Note” title at the top, and “2016” in the corners, where the dollar denomination would appear on genuine currency.

The reverse side again shows Clinton, with the slogan “Hillary for Prison” along the bottom.

Trump rallies during the campaign often featured crowd chants of “Lock her up,” referring to Clinton, inspired by reports such as the Democrat’s use of a personal email server for government business while serving as secretary of state from 2009 to 2013, and from her actions in response to a 2012 attack in Benghazi, Libya, that resulted in the deaths of a U.S. ambassador and three other Americans. Clinton was not charged with any crime in connection with either case.

Bidding on the Trump-autographed Hillary Clinton dollar will end March 24, according to the Steiner Auctions website.