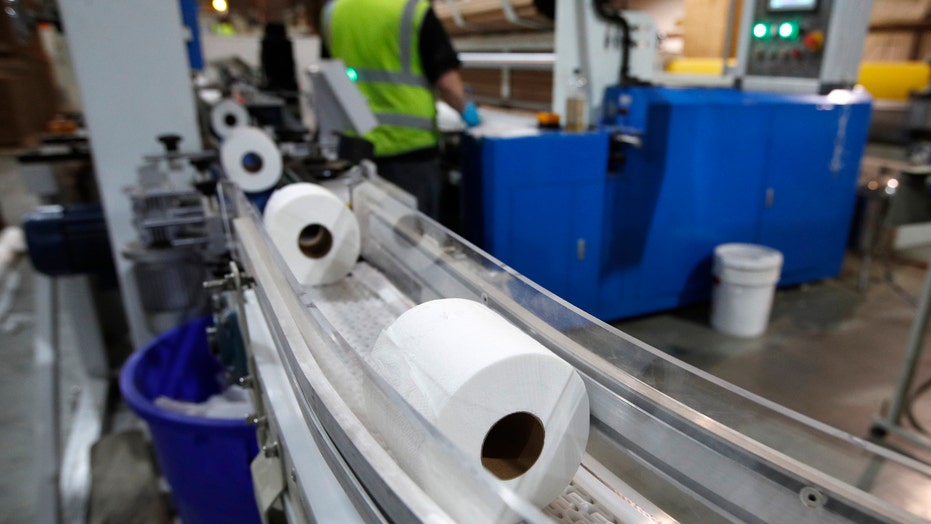 A man in California was arrested Monday, accused of assaulting his mother after a family dispute over toilet paper dramatically escalated, according to officials.

The Santa Clarita Valley Sheriff's station of the Los Angeles County Sheriff's Department said on Twitter that deputies responded to a call where family members were arguing because one relative felt the other one hid toilet paper.

"It turned into a physical confrontation," police tweeted. "One got arrested."

In the weeks since the COVID-19 pandemic has spread, officials have discouraged hoarding supplies such as paper towels and toilet paper, which have been flying off the shelves in some stores.

Toilet paper still remains a popular commodity. According to market research firm Nielsen, toilet paper sales nationally jumped about 213 percent in the week ending March 13, compared to the same period a year before.

A man in California was arrested Monday after allegedly assaulting his own mother after a family dispute over toilet paper dramatically escalated, according to officials.  (AP Photo/Robert F. Bukaty)

Deputies were called to the home around 3 a.m. when 26-year-old Adrian Yan accused his mother of hiding the family's toilet paper and an argument erupted, Shirley Miller of the Santa Clarita Valley Sheriff's Station told the City News Service.

Yan then allegedly punched his mother, according to Miller. The 26-year-old was arrested for suspicion of battery.

"Family disturbance calls can start out over small things, and then they escalate," the sheriff's office tweeted.

As millions are mandated to stay at home to curb coronavirus, domestic violence and child abuse cases are on the rise nationwide.

In several interviews conducted by Fox News in recent weeks, police have noted a spike in domestic violence as a result of protracted restrictions.

Emergency calls for domestic violence disturbances and violence grew on average between 10 and 30 percent over the past few weeks, according to a USA Today analysis of crime data from 53 law enforcement agencies in 24 states.

As of Wednesday, there are 17,625 cases of COVID-19 in California, with at least 452 deaths, according to Johns Hopkins University.