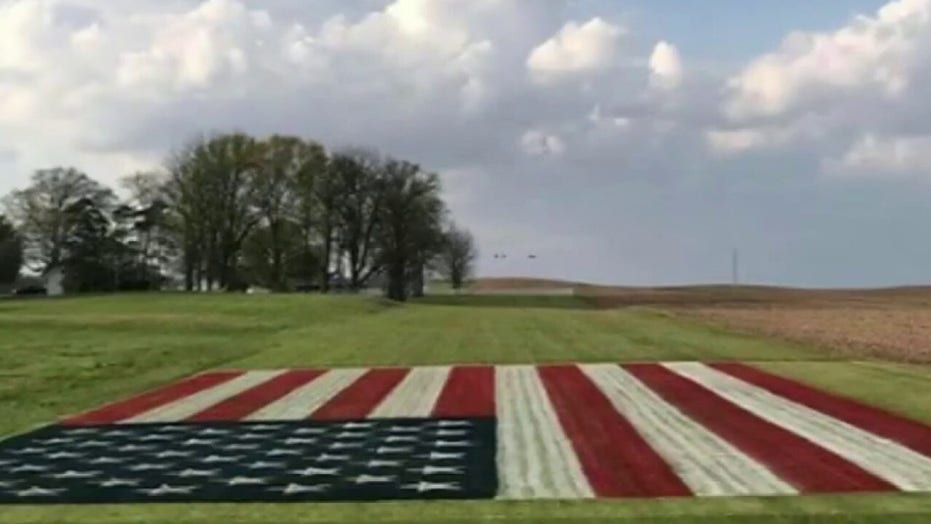 The effort took two days and 30 gallons of paint.

Three fast-responding U.S. Marines are being credited with subduing a disruptive passenger Monday during a flight from Tokyo to Dallas.

Dietrick was first to notice the disturbance, WNCT-TV of Greenville, N.C., reported.

AMERICA TOGETHER: UPLIFTING IMAGES OF AMERICANS PULLING TOGETHER DURING CORONAVIRUS PANDEMIC

“While watching a movie during my flight from Japan to Texas, I started to hear screaming coming from the restroom on board,” Dietrick, an infantry assault section leader, told the station. “When I took off my headphones, I heard a man sounding very distraught and screaming from the bathroom.”

Dietrick and the two other Marines quickly took up positions outside the restroom as a flight attendant prepared to unlock the door. When it was opened, the Marines grabbed the passenger and applied flex ties to keep him restrained, the report said.

The Marines then secured the passenger in a seat and maintained watch over him until the flight could land at Los Angeles International Airport, where it had been diverted so the passenger could be taken for a mental evaluation.

Afterward, Meinhardt and Kult also shared their accounts of what happened.

“I knew I had to step in when he became a danger to others and himself,” Meinhardt, a mortarman, told WNCT.  “I didn’t think twice about helping restrain him through the rest of the flight.”

“We are well trained and it paid off today,” Kult, an infantry officer, told the station. “We just assessed the situation and acted. Working with the flight crew, we got the door open and from there worked together to subdue him. We didn’t take time to talk it over. We just got ready and did what we needed to help.”

The Marines are with the 1st Battalion, 6th Marine regiment, 2nd Marine Division, II Marine Expeditionary Force, according to WNCT.

An investigation is being conducted by the U.S. Attorney’s Office for the Central District of California as well as the FBI office in Los Angeles, the report said.