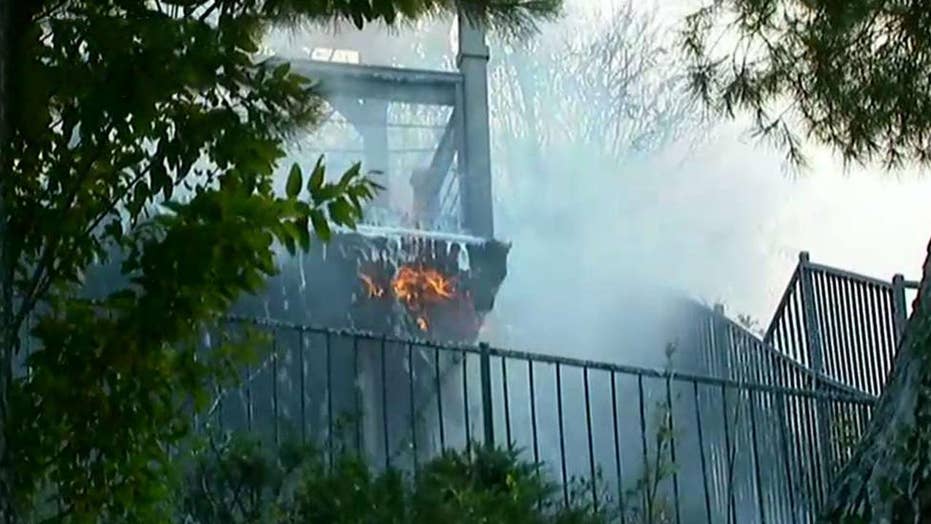 The famed “Bachelor” mansion is reportedly among the structures burned in the raging southern California wildfire.

The Woolsey wildfire, which started Thursday night and has since coursed towards Malibu and the Pacific Ocean, burned the mansion’s back patio and was pushing closer toward the residence, sources told The Hollywood Reporter.

The wildfire had grown to 35,000 acres by Friday evening, according to a tweet from CAL FIRE, citing Ventura County Fire.

Evacuation orders for more than 95,000 people have also been given by the Ventura County Sheriff’s Office of Emergency Services, the public information officer from the county’s fire department tweeted.

“#WoolseyFire is moving quickly and conditions are changing quickly,” they cautioned.

A number of celebrities – including Kim Kardashian West, Scott Baio and Rainn Wilson – were among those forced to evacuate their homes.

Mike Fleiss – the 'Bachelor' creator – tweeted Friday, “Pray for Malibu— and #TheBachelor Mansion...,” along with a photo showing thick smoke filling the sky.

Although the series is in the midst of taping the show’s 23rd season, filming is currently taking place elsewhere, THR reported.