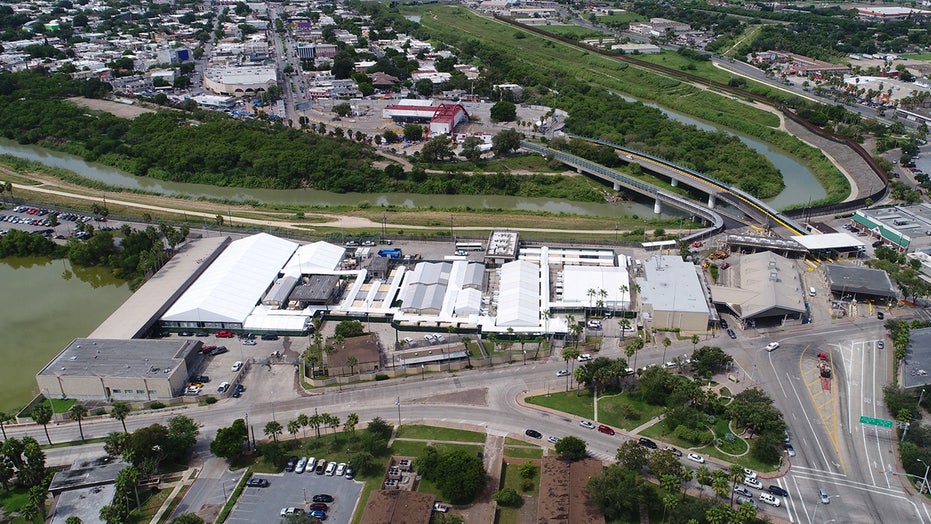 The Trump administration has quietly started implementing its latest measure aimed at easing the strain of immigration courts tasked with a growing backlog of asylum cases at the southern border.

A new tent court, or “soft-sided” facility, began operating this week in Laredo, Texas, to help handle the tens of thousands of cases of asylum seekers that were part of the so-called “Remain in Mexico” program. Others are expected to open soon in Brownsville, in the Rio Grande Valley, the busiest corridor for illegal crossings, and in Yuma, Arizona.

The hearings at these tent courts are held entirely by video conference — as was the case Thursday morning of a woman, a migrant from Cuba named Lorena, who had been bussed from Mexico to the temporary court in Laredo. The judge on her case was 160 miles northeast, in a courtroom in downtown San Antonio, The New York Times reported.

Located a short distance from the Rio Grande, the Migrant Protection Protocols Immigration Hearing Facilities in Laredo, Texas, are adjacent to the Gateway to the Americas International Bridge.  (Ricardo Santos/The Laredo Morning Times via AP)

The "Remain" program, which the U.S. ramped up this summer with Mexico's cooperation, has been credited by American officials with a significant reduction of the number of migrant apprehensions at the southern border, a key goal of President Trump.

Asylum claims have spiked since 2010, and there is currently a backlog of more than 800,000 cases pending in immigration court. Most asylum claims often fail to meet the legal standard after they are reviewed by asylum judges, and only about 20 percent of applicants are approved.

The new tents were built near international bridges in the two Texas towns on the property of the U.S. Customs and Border Protection. They have a walkway from each bridge that eventually leads to courtrooms with video-conferencing equipment.

While judges hold the hearings remotely, U.S. officials said if attorneys have formally agreed to represent migrants, they will be allowed to attend hearings in person.

Under U.S. Department of Justice rules, immigration court hearings are generally open to the public, though immigration judges can close some hearings for privacy reasons or to protect "the public interest."

One official said the government might allow potential observers to submit applications "as we move forward."

UNIVISION'S JORGE RAMOS CLASHES WITH BIDEN AT DEM DEBATE: 'WHY SHOULD LATINOS TRUST YOU?'

Ashley Huebner, an attorney at the National Immigrant Justice Center, told The Associated Press that she was denied access to the initial hearings on Wednesday in Laredo.

"Attorneys aren't jumping to go in and solicit paying clients in these courts," Huebner said. "They want to ensure that people's due process rights are being protected, and there's no opportunity to do that."

Kennji Kizuka, an advocate with Human Rights First, called the court restrictions a "due process nightmare."

"It is just another attempt to cover up the flaws in this sham asylum process, a process created to block refugees from finding safety in the United States," Kizuka said in a statement.

A U.S. Customs and Border Protection tent facility where immigration hearings are held by video teleconference is seen in an aerial photo in Brownsville, Texas, U.S. September 12, 2019. (Reuters)

Amnesty International plans to travel to South Texas next week to seek access to the tent courts, the Times reported.

Under the “Remain” program, more than 40,000 migrants – mostly from Central and South America – have been told to wait for their immigration court dates in Mexico.

On Wednesday, the Supreme Court cleared the way for an even farther-reaching asylum policy. The court ended all injunctions that had blocked the White House’s ban on asylum for anyone trying to enter the U.S. by traveling through a third country, such as Mexico, without seeking protection there.

The policy targets tens of thousands of Central Americans fleeing violence and poverty who travel through Mexico each month to seek asylum in the U.S. and would affect asylum seekers from Africa, Asia and South America who arrive regularly at the southern border.

Fox News' Gregg Re and Bill Mears and the Associated Press contributed to this report.