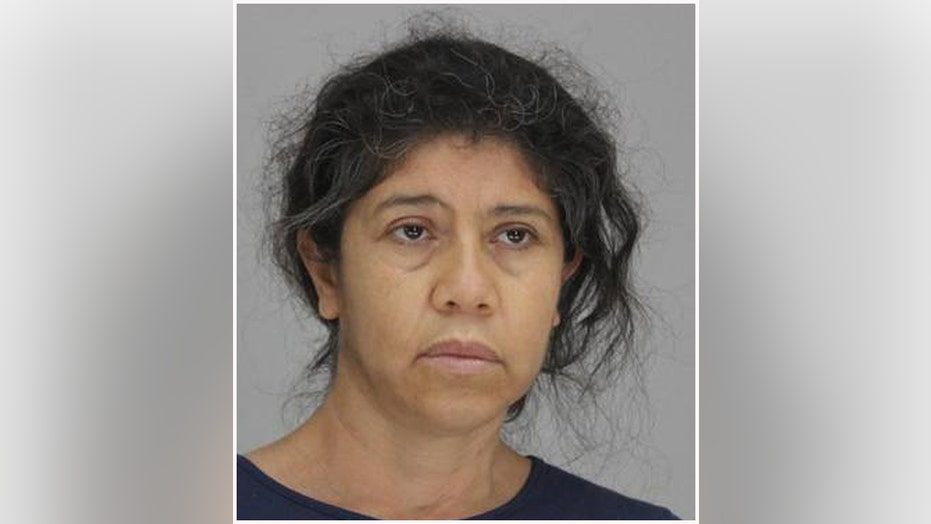 A Texas woman accused of shooting and killing her husband as their two children slept has been captured at the U.S.-Mexico border after seven years on the run, officials said.

Maria Montalvo, 48, was captured in San Diego on May 19 after a U.S. Custom and Border protection agent flagged her crossing the border from Mexico, the Dallas County District Attorney’s Office said Monday in a news release.

Montalvo is accused of murdering her husband, 43-year-old Simon Montalvo, in April 2013 at their home in Desoto, a city about 16 miles south of Dallas.

The body of Simon Montalvo was discovered in the couple’s backyard buried under heavy bricks and stones, officials said. He was shot six times, with two shots to the back of his head.

Surveillance video obtained by FOX4 Dallas-Fort Worth shows Montalvo dragging what police have said is her husband’s body wrapped in a trash bag and a sheet into the backyard. She is later seen walking into the yard carrying large rocks, which investigators believe she used to cover up the body.

The morning after the alleged murder, Montalvo told their two boys that they had to take a trip to Indiana, where authorities later found the children living with family members, the Dallas Morning News reported, citing an arrest affidavit.

It is believed Montalvo dropped the children off before escaping to Mexico to avoid arrest, the FBI said in a news release.

Following Montalvo’s detainment at the border, Dallas County deputies escorted her back to Texas, where she arrived Thursday. She was booked in the Dallas County Jail on charges of murder and flight to avoid prosecution of capital murder. A bond was set at $1 million.

“Our agency has never stopped looking for Montalvo and now that she is in jail where she belongs, we can pursue justice for the victim and his family,” DeSoto Police Chief Joe Costa said.