Hannah Smith is one of two school board candidates in Texas that have been elected amid a raging battle over critical race theory.

Newly elected Texas school board member Hannah Smith told "Fox & Friends" on Tuesday that people showed up to the polls in record numbers for the Dallas-area Carroll Independent School District (CISD) School Board races, arguing "it was a radical response" to fight the "false narrative" that the community is racist.

Smith is one of two school board candidates in Texas that have been elected amid a raging battle over critical race theory (CRT), prompting speculation about the issue's political saliency nationwide.

Smith and Cameron "Cam" Bryan, both of whom vocally opposed CRT, received nearly 70% of the vote in their respective races in the Carroll Independent School District, Southlake Style reported.

According to NBC News, the issue flared after a video surfaced in 2018 showing two students chanting the N-word. When the district responded with a "Cultural Competency Action Plan," parents revolted and the diversity issue reportedly became the focal point of typically low-key elections.

The plan controversially called for mandatory diversity trainings for teachers, something that has also sparked backlash in places like Loudoun County, Virginia.

"Our school district convened a district diversity council, which was comprised of 60 parents and community members and they met together to talk about ideas about how our school district could respond to this issue," Smith, who is a Southlake attorney and former clerk for Supreme Court Justice Samuel Alito, explained. 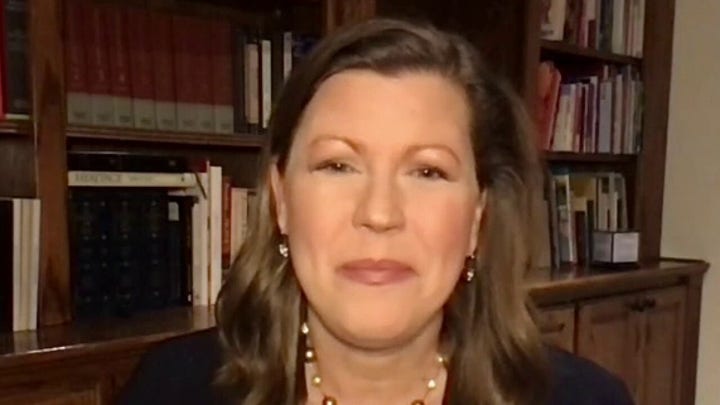 She noted that "in theory it was a really great idea, but unfortunately we had a handful of administrators in the school district that decided to push down into the plans some really radical ideas and that's when parents really revolted and said we don't want this kind of radical divisive policy taught to our kids."

"When we started this battle last August, we paired up with like-minded parents around the country," Smith told host Steve Doocy. "I was on conference calls with parents from all over America who are fighting the same thing so it's important for people to know that they can band together and that they can make change."

She pointed out that "we really educated our community about what critical race theory was, why it's so bad for our kids and why we don't want it in our district."

Smith noted that "we started doing a lot of investigative work," which included public records requests from the district.

"We used FOIA [Freedom of Information Act] to really find out what our district was doing and that empowered us with information that we could then use to fight against it," she continued.

Smith stressed that she believes the reason so many people voted was to fight the stigma associated with Southlake, which she called "an amazing city."

"People move here from all over the country because it's such a great place to raise their kids," Smith noted. "We have award-winning schools."

She added that "people love that unity and that's what draws us here."

"And so when the mainstream media was saying that we are an awful town, people are racist, our kids are racist, our schools are systemically racist, it just wasn't right," Smith continued. "And so people turned out to the polls in record numbers."

She pointed out that "usually municipal elections turn out about 3,000 voters," but this past election saw "over 10,000 voters in some of these races so it was a radical response by our community saying, ‘We will not stand for this false narrative anymore.’"