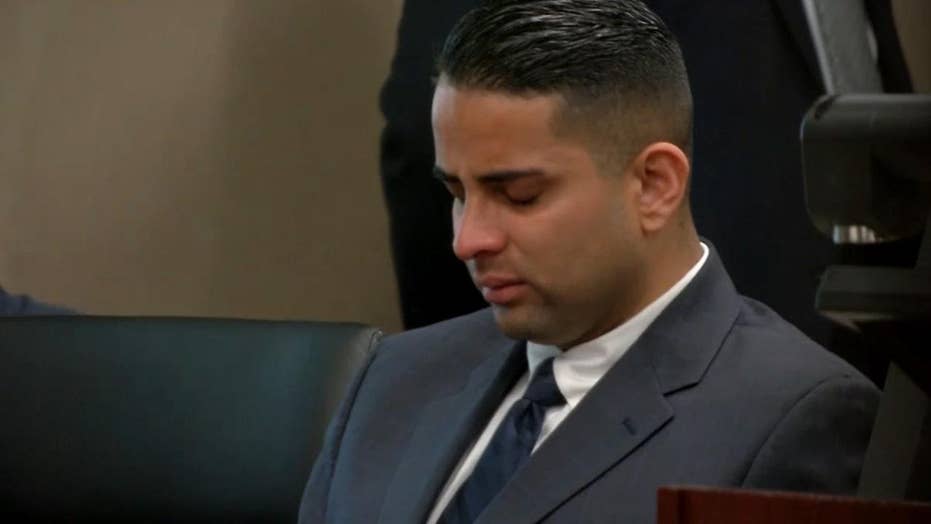 A Texas man was sentenced to 30 years in prison for killing his probation officer-turned-girlfriend in a 2014 car crash.

David Zavala of El Paso was found guilty of aggravated assault with a deadly weapon Thursday: and received his sentence a few hours later. The deadly weapon in this case was his truck.

“Thirty, 40, 50 years, this is still not going to bring back their daughter, their sister. But at the end of the day I believe they’re also godly people, and they are putting their faith in God,” prosecutor Denise Butterworth told KFOX.

Zavala was convicted of driving through a red light, losing control of his truck and flipping it. His girlfriend Cynthia Mendoza, who was originally his probation officer, was killed in the crash.

As Mendoza’s family walked out of the courtroom they said in Spanish “no justice, no justice.”

“It’s inappropriate for probation officers to be taking advantage of probationers in this fashion,” Zavala’s defense attorney Sergio Saldivar told KFOX. “They’re in a position of authority. When they have people they should be supervising and watching, they should be doing their job.”

An emotional Zavala said the crash was unintentional and that Mendoza’s death has devastated him.

“I go to her room and I can’t find her. Her clothing is intact. All of her things are still in their place. I cannot go in,” Mendoza’s mother told the jury.

“You took away a part of us. Neither you nor your family can compare this pain because you’re still here and she’s not,” said Mendoza’s mother and sister to Zavala.

Zavala asked for leniency at his sentencing. He said he was raped when he was eight years old and that he’s dealt with PTSD as a result, but the prosecutor did not believe he felt remorse.

“Any bad decisions that were made on Cynthia Mendoza’s part, she ultimately paid a huge price, she lost her life for the decisions that she made,” Butterworth said.

The defense plans to appeal the sentence.