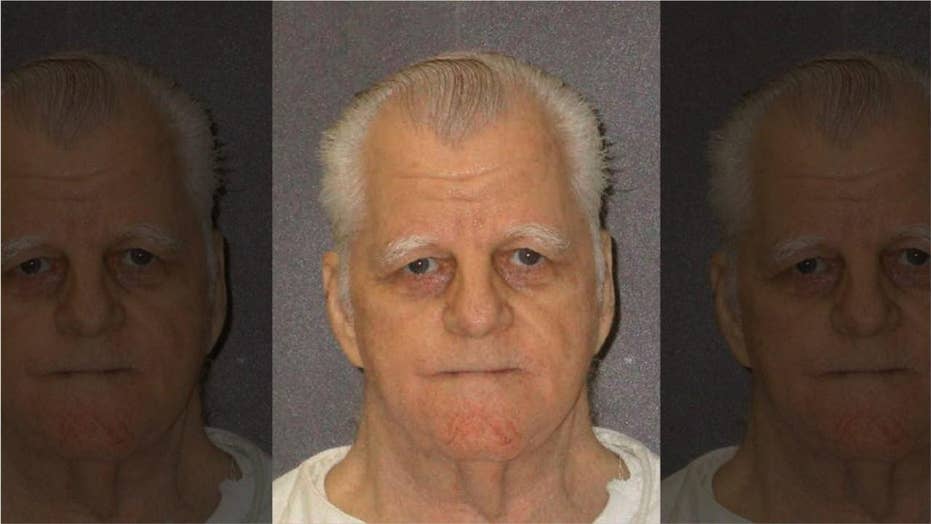 A Texas death-row inmate who was executed Thursday for killing his estranged wife's family nearly 30 years ago, uttered cryptic final words before he died.

"That'll be five dollars," Billie Wayne Coble, 70, of Waco, reportedly said. He told the five witnesses in attendance to "take care," according to reports.

Although what Coble meant by the cyptic remark was unclear, it was likely a reference to his nickname, "$5 Bill," according to the Dallas Morning News.

MAN WHO KILLED NEWLYWED DURING ROBBERY EXECUTED IN TEXAS

As Coble was finishing his statement, his son, a friend and a daughter-in-law became emotional and violent. They were yelling obscenities, throwing fists and kicking at others in the death chamber witness area.

His son, Gordon Coble, pounded on the execution chamber windows and shouted "no" as his father was executed, the Houston Chronicle reported. Another son Dalton joined his brother, the report said. Officers stepped in and say the witnesses continued to resist. They were eventually moved to a courtyard and the two men were handcuffed.

Texas Department of Criminal Justice spokesman Jeremy Desel said the two men were arrested on a charge of resisting arrest and taken to the Walker County Jail.

A single dose of pentobarbital was administered to Coble and he was pronounced dead 11 minutes later at 6:24 p.m. He gasped several times before he began to snore.

Coble received the lethal injection at the state penitentiary in Huntsville for the August 1989 shooting deaths of Robert and Zelda Vicha, the parents of his estranged wife, their son, and a police officer at separate homes in Axtell, northeast of Waco.

Coble also tied up four children and kidnapped his estranged wife, threatening to rape and kill her, the Morning News reported. He was arrested at the end of a chase.

Coble, once described by a prosecutor as having "a heart full of scorpions," and was the oldest inmate executed by Texas since the state resumed carrying out capital punishment in 1982.

The Vietnam veteran was convicted of capital murder in 1990. In 2007, the 5th U.S. Circuit Court of Appeals ordered a new trial on punishment. On retrial in 2008, a second jury sentenced him to death.