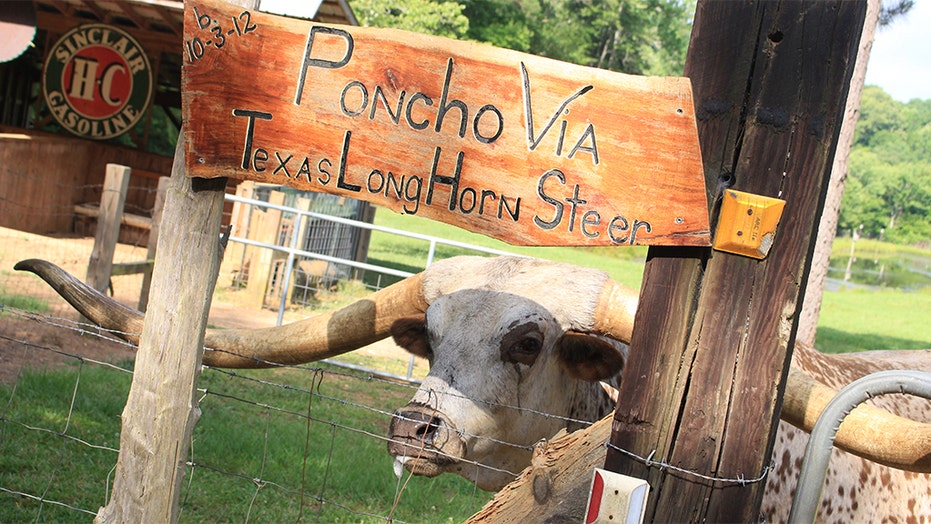 Indeed, a Lone Star longhorn has broken the Guinness World Record for having the longest horn spread on a steer.

The record-breaking horns -- they have a 10-foot-7 span -- belong to Poncho Via, a 7-year-old specimen who actually lives in Alabama.

Poncho was named after a Pancho Villa, an early 20th-century Mexican revolutionary general. The animal namesake was six months old when his owner, Jeral Pope, and his wife saw him and had to have him.

"My wife and I went somewhere out west, riding a hay wagon," Pope told the Guinness reps. "Up on the hill, outlined against the sky, were three or four longhorns. They stood out like anything on the crest of that mountain – it was the prettiest thing. I told my wife, 'We got to have one of them.'"

The Popes realized Poncho could potentially have record-breaking horns when he turned 4; they noticed his were growing straight out and didn't curve upward like those of his animal peers.

Guinness confirmed on May 8 that Poncho's horns were just over an inch longer than the previous recordholder, Sato.

Poncho Via, a Texas longhorn from Alabama. His owners noticed when he was younger that while other longhorns' horns curved upward, Poncho's went straight out.​​

Pope describes Poncho as "a big, gentle character" who is loved by the community in Clay County, a community southeast of Birmingham.

All my neighbors 'round here, any time they have company, they come over to see the longhorn. ... Everyone brings [food] with them – he likes apples, carrots and marshmallows," Pope said.