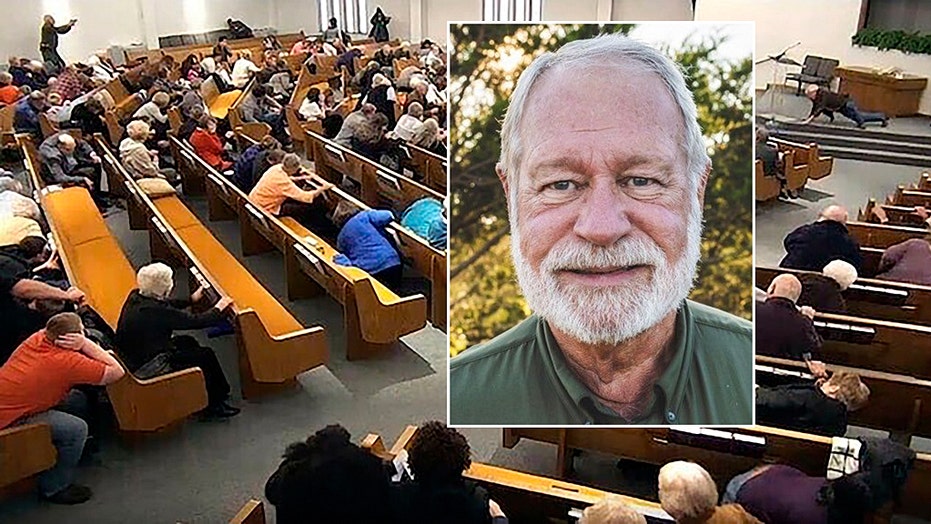 A grand jury in Texas decided Monday to take no action against a volunteer security guard who shot a gunman dead inside his Fort Worth-area church last December.

Jack Wilson, head of the volunteer security team at West Freeway Church of Christ in White Settlement, killed a man who first opened fire among a more than 260-person congregation on Dec. 29, 2019.

Security camera footage and a live stream of the Sunday service showed the shooter, Keith Thomas Kinnunen, enter the church wearing a disguise, including a wig and a fake beard, before standing up in his pew during communion and firing two fatal shots. He killed 67-year-old Richard White, another security volunteer, and 64-year-old Anton “Tony” Wallace, a server.

In this still frame from live-streamed video provided by law enforcement, churchgoers take cover while a congregant armed with a handgun, top left, engages a man who opened fire, near top center just right of windows, during a service at West Freeway Church of Christ, Sunday, Dec. 29, 2019, in White Settlement, Texas. (West Freeway Church of Christ/Courtesy of Law Enforcement via AP)

Kinnunen was then seen on video making his way toward the front of the congregation, before Wilson, securing a clear range of fire, fired a single shot from across the room, fatally striking him in the head.

Texas law allows a person witnessing someone else placing others at risk of serious injury or death to act with deadly force to protect others, Tim Rodgers, a prosecutor with the Tarrant County district attorney’s office, said in a statement Monday.

“Mr. Wilson did just that. He did it responsibly and, as a result, he was justified under the law in his actions,” Rodgers said. “Based upon the grand jury’s decision, the law enforcement investigation and our review of the case are complete. We believe the grand jury made the right decision.”

“I did what God would want me to do — would have me do — in that situation,” Wilson said after receiving the medal in Austin, according to the Fort Worth Star-Telegram. “And understanding that had I not done what I did, the situation would have been extremely much more chaotic.”