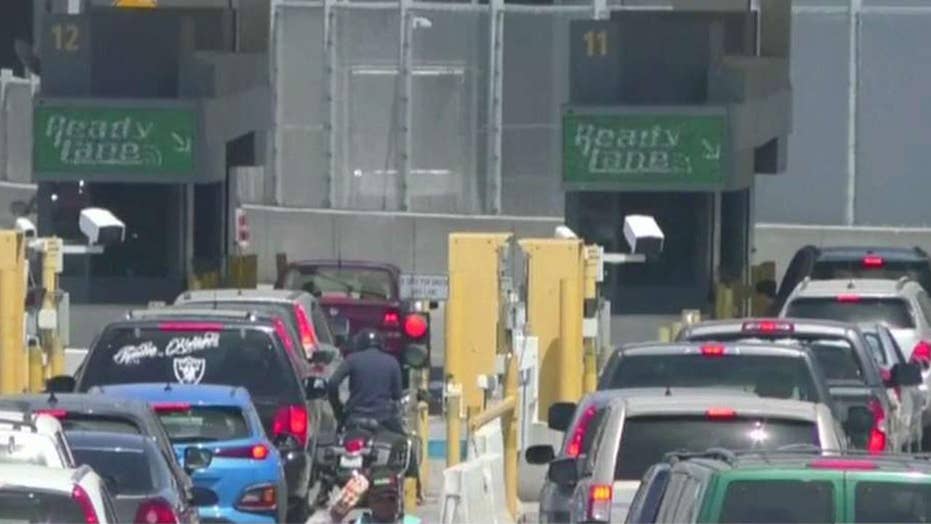 Texas Gov. Greg Abbott states that he will be sending 1,000 National Guard troops to the U.S.-Mexican border, in order to tame the fires of the growing migrant crisis.

Responding to Congress’ neglect of recognizing the humanitarian crisis at the border, Governor Abbott slammed members for their lack of action regarding the issue.

“Congress is a group of reprobates for not addressing the crisis at our border,” Abbott said.  “We’re not going to stand idly by and endanger the lives and safety of the state of Texas because Congress is refusing to do its job.”

On Friday, Abbott said that the additional Guard members are expected to aid at temporary border facilities in both El Paso and the Rio Grande Valley and at various ports of entry – this deployment will raise the number of Guard members on the border to more than 2,000.

In this June 17, 2018, photo provided by U.S. Customs and Border Protection, people who've been taken into custody related to cases of illegal entry into the United States, sit in one of the cages at a facility in McAllen, Texas. Some immigrant youth looking to start over in the United States after fleeing abusive homes are seeing their applications for green cards rejected because the Trump administration says they're too old. Immigrant advocates have filed lawsuits in New York and California and said hundreds of young people could be affected by the change. (U.S. Customs and Border Protection's Rio Grande Valley Sector via AP, File)

After reports of neglected children at a Texas border facility surfaced, Republican leaders have been blasting Congress for their disregard – these comments came after Acting Customs and Border Protection Commissioner John Sanders urged Congress to pass a $4.6 billion border measure on Friday.

“If those facts turn out to be true [with] that facility with those children, it is directly on Congress,” Lt. Gov. Dan Patrick comments. “It is not on the men and women of Border Patrol… It’s on Congress… They sit there on their hands and do nothing."

This additional deployment will be entirely paid for by the federal government, Abbott said.