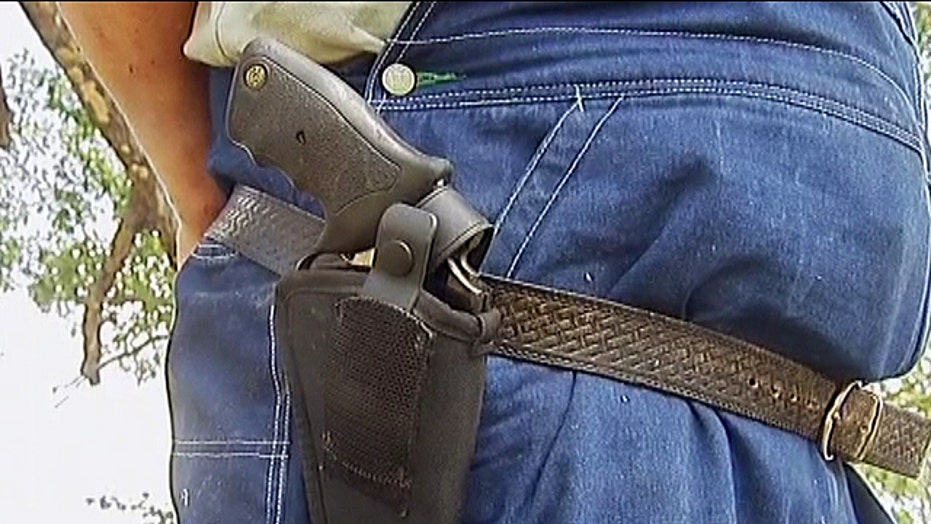 DALLAS – The owners of Gringo’s Mexican Kitchen are old hands at confronting the typical challenges of a burgeoning restaurant business—hiring, competition, even developing a “gluten guide.” But recently the Tex-Mex chain has been facing an unusual dilemma: whether to allow customers to openly display their guns while munching fajitas.

Come Jan. 1, licensed firearms owners in Texas will be able to openly carry a handgun in most places. A law signed by Republican Gov. Greg Abbott earlier this year will make Texas the most populous state in the U.S. to allow the practice, known as “open carry.”

Existing Texas law requires licensed gun owners to conceal their handguns so they aren’t in plain view. The new law will allow them to carry handguns openly, in belt or shoulder holsters.

But private businesses and other establishments have the right to ban open carry under the law, and many have been wrestling with how to proceed.

“We’re primarily a family environment in terms of our restaurant. And so we decided it’s probably best not to allow open carry,” said Al Flores, counsel for Gringo’s, which has 14 restaurants, mainly in the Houston area and surrounding counties. “We just felt that knowing our customers, allowing someone to walk in openly carrying a weapon, it would make them feel a little uncomfortable.”

Flores said the restaurant chain will post signs in English and Spanish, warning customers about the prohibition. A concealed gun would still be permitted at Gringo’s.

Others have taken a different tack. First Baptist Church of Arlington, near Dallas, which typically sees some 2,500 worshipers each Sunday, will allow open carry.

Senior Pastor Dennis Wiles said the church came to its decision after discussing the matter with its legal team—in addition to congregants, including police officers who already carry concealed guns.

“We decided it was best to allow responsible people to do this if they choose,” Mr. Wiles said. “We will probably assess the situation in a couple of months to see how it goes. When it comes to a church, I don’t think we’re going to see that much difference.”