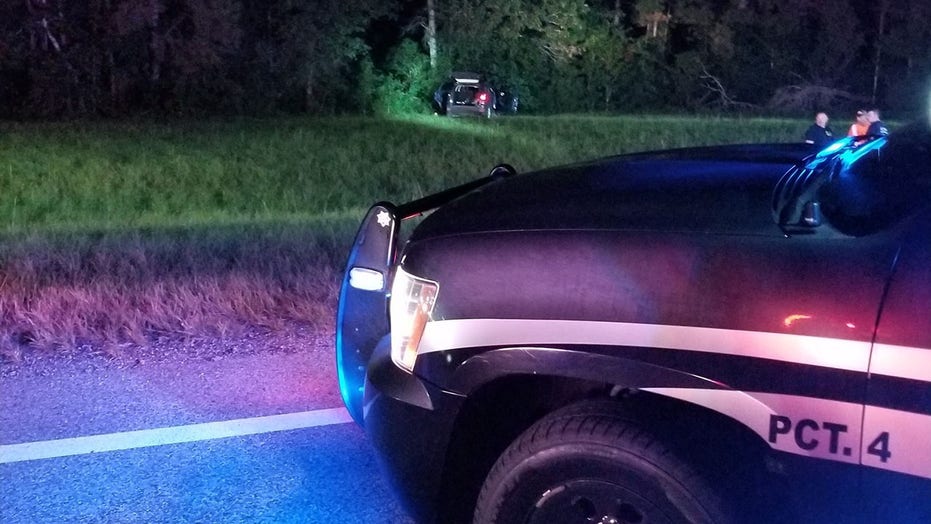 A Texas driver yelled at a deputy to “kill him” after leading law enforcement on a high-speed chase and crashing off a roadway, authorities said Sunday.

The Montgomery County deputy was driving home Saturday night when she spotted a vehicle crossing the center line into oncoming traffic and pulled the driver over, Montgomery County Precinct 1 Constable Kenneth "Rowdy" Hayden said in a statement.

During the traffic stop, the male driver became “irate and started to fight with the deputy as she tried to stop him from driving off,” Hayden said.

The driver sped away while the deputy was still holding on to him, “almost dragging” her, according to Hayden. He reached speeds of 100 mph during the pursuit before losing control of the vehicle and crashing off Old Houston Road.

The driver exited the vehicle and ignored the deputy’s order to get on the ground. He walked about 100 yards toward the deputy, “yelling for her to kill him,” Hayden said.

He brought himself to the ground just before reaching the roadway. Other deputies arrived and detained the driver.

He was charged with aggravated assault with a deadly weapon against a peace officer and evading arrest in a motor vehicle, Hayden said, adding that other charges are pending an investigation.

The deputy suffered minor injuries to her arm. The driver was taken to Conroe Regional Medical Center for evaluation.