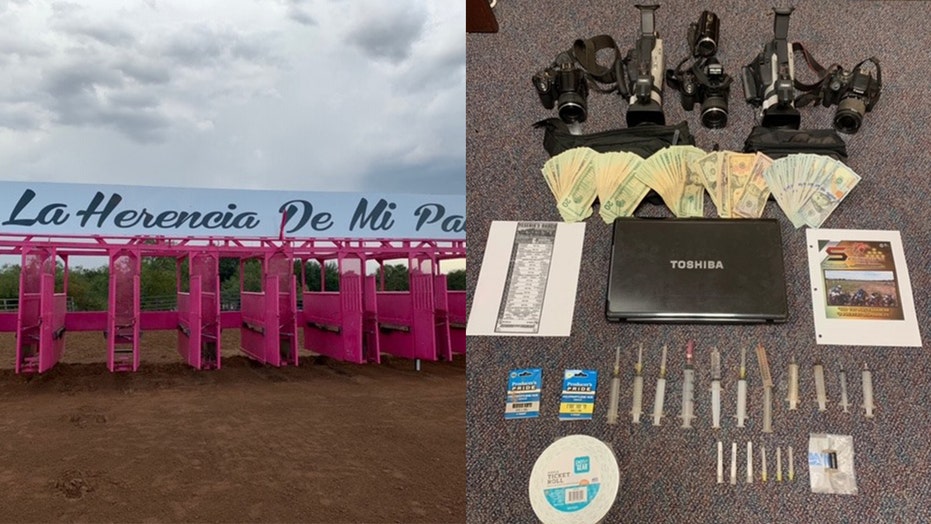 The raid took place Sunday at Yesenia’s Ranch in Springtown, a small town near Fort Worth, after an undercover officer “observed spectators openly betting on the outcome of the races” at the unlicensed track, according to court papers.

“Some of the syringes were empty and some were full,” Fowler said. “The substances are being tested for illegal substances, potentially harmful to equines. It allows a horse to be pushed to the limits under a race, but can cause serious health conditions and even result in the death of a horse.”

Among those arrested was the owner of the ranch, Yesenia Garza, 41, of Arlington who was charged with operating a race track without a license, Parker Deputy Danie Huffman said.

Authorities said Sunday’s racing at the track had attracted a crowd of more than 1,000 people.

The track didn’t appear to be a big secret, even promoting its racecards on Facebook.

Eight of the others who were arrested were charged with violating the state’s statute regulating horse racing.

The tenth was arrested on outstanding warrants from another county.

Owners of the Quarter Horses that were being raced were allowed to keep their horses, Fowler said.

He said some of the horses were being raced more than once a day, which is illegal in Texas.