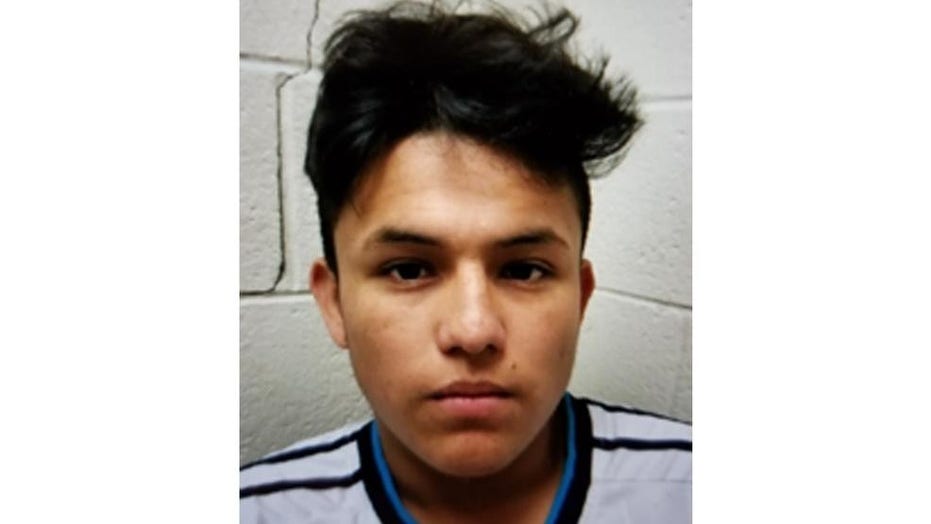 A 17-year-old MS-13 gang member will serve 50 years in prison for his involvement in the murder of a 14-year-old girl in Maryland last April.

Josue Fuentes-Ponce pleaded guilty on Oct. 30 to charges of first-degree murder, participating in the crime as part of a criminal gang, and conspiracy to commit murder, according to NBC Washington.

Prosecutors said gang members lured Ariana Funes-Diaz into a tunnel in Riverdale, Md., where they beat her to death with a machete and baseball bat on April 18, the outlet reported.

Josue Fuentes-Ponce, 17, was sentenced to life in prison on Monday with all but 50 years suspended for his involvement in the murder of a 14-year-old girl in Maryland last April. (Prince George's County Police Department)

"These individuals had demonstrated violent criminal behavior before, and because they were released in spite of the lawful detainer, they were afforded an opportunity to take a life." ICE Baltimore Field Office Director Diane Witte previously said in the statement, according to Fox News.

Investigators say Fuentes-Ponce and three other gang members attack the victim to prevent her from informing police about a robbery they had taken part in a day prior.

Fuentes-Ponce reportedly used a machete during the attack that was so violent, police needed to use a tattoo on her right hand to identify her body, according to NBC Washington.

Her family reported her missing before she was found floating in a creek last May -- nearly a month after she was killed -- the outlet said.

Co-defendant Joel Escobar pleaded guilty in November and is scheduled to be sentenced on February 26. A separate trial is scheduled for co-defendant Edwin Rios, 19 in April. The attorney for Feuntes-Ponce asked for leniency, according to the Washington Post, and said at the time of the incident, he had a cognitive level of a 9-year-old.

The charges against the final member, a 14-year-old girl, were handled in juvenile court, the outlet said.