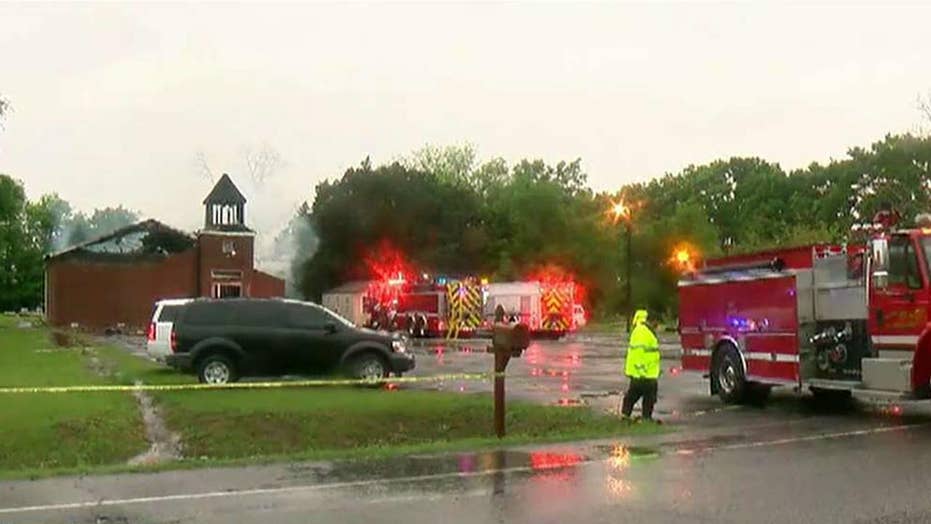 Several days have passed since federal investigators first began looking into “suspicious” fires that destroyed three historically African-American churches in Louisiana, and while many questions remain, one lawmaker says the method behind the blazes is “notably the same.”

Rep. Clay Higgins, R-La., said in an interview this week that his observations of the crime scenes and information from investigators suggested that the fires were somehow connected, The New York Times reported.

“The method of each burn is notably the same,” he said, according to The Times.

The churches, which boast mostly black congregations, were empty at the time of the fires, and no injuries were recorded.

Local media reported Wednesday evening, citing “multiple law enforcement sources,” that a person was in custody in relation to the fires but Investigators from the Bureau of Alcohol, Tobacco, Firearms and Explosives and the Louisiana Fire Marshal did not offer any information to Fox News earlier in the day to support that.

The fire marshal is expected to hold a press conference Thursday morning.

Fire Marshal H. Browning was cautious in describing the blazes, but did term them “suspicious.”

“There certainly is a commonality,” he said of the possible connection. “Whether that leads to a person or persons or groups, we just don’t know. And that’s not unusual for us not to know at this point.” 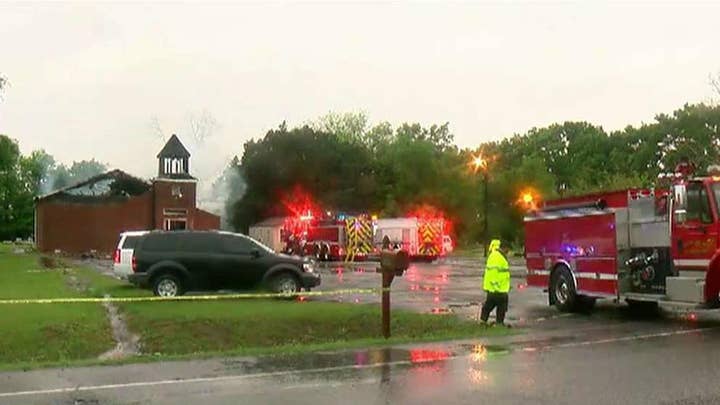 On Sunday, Higgins visited St. Mary and called on whoever was responsible to surrender.

“There could be many reason reasons why this happened -- none of them are righteous,” he said in a video posted to Facebook. “If you participated in this, you have succumbed to evil.”

“I encourage you to look deep into your heart and step away from the darkness that has enveloped you and turn yourself in, because you will be caught.”

The fires have left many in the community asking who would target such religious institutions.

Whitney Tyler drove an hour from Baton Rouge to visit his sister’s burial plot at Greater Union Baptist Church. He told Fox News he couldn’t understand who would set fire to “God’s house.”

The Rev. Harry J. Richard of Greater Union preached at a makeshift gathering Sunday in Opelousas, according to The Times, and said that while the perpetrators may have burned the churches, “they didn't burn down our spirit.”