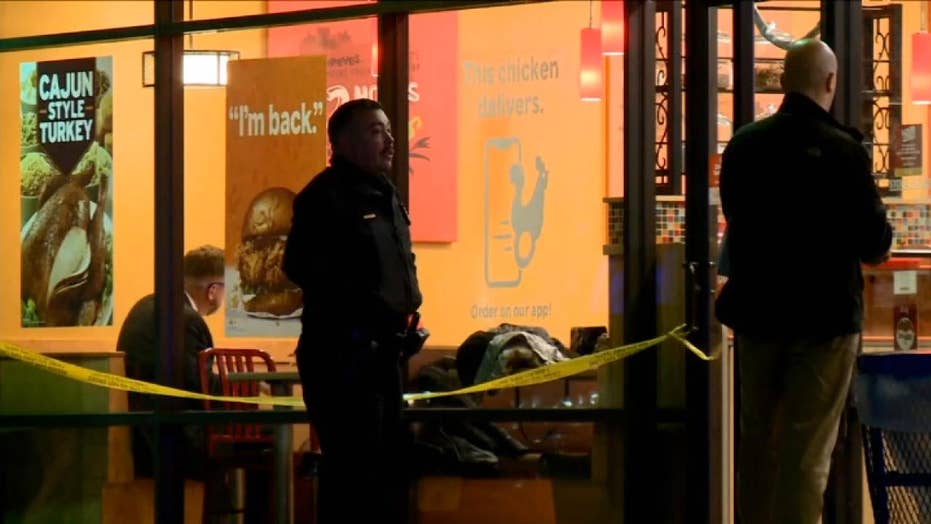 A suspect wanted in the fatal stabbing of a 28-year-old man outside a Popeyes restaurant in Maryland earlier this month has been arrested, according to reports.

Ricoh McClain, 30, who had been at large since the attack on Nov. 4 in Oxon Hill, was located and arrested Wednesday, according to the Prince George’s County Police Department.

No further details on McClain’s arrest were immediately available.

McClain reportedly stabbed Kevin Tyrell Davis after Davis allegedly cut the line at the Popeyes restaurant, where sales of a popular new chicken sandwich have been linked to a series of violent incidents reported at various Popeyes locations in recent weeks.

When officers arrived at the Oxon Hill restaurant they found Davis suffering from stab wounds, FOX 5 of Washington reported. He was transported to a hospital but eventually died from his wounds.

Speaking to reporters later, Prince George's County Police Chief Hank Stawinski called the stabbing a "pointless crime" and said there was no indication that McClain and Davis knew each other.

Popeyes resumed selling its chicken sandwich Sunday after an interruption. The menu item was initially released Aug. 12, but popular demand caused the chain’s supply to sell out by the end of that month.

In a statement to Fox News last week, a Popeyes spokesperson said, “Our thoughts are with the victim’s family and friends and we are fully cooperating with local authorities.”

Fox News' Talia Kaplan and The Associated Press contributed to this story.