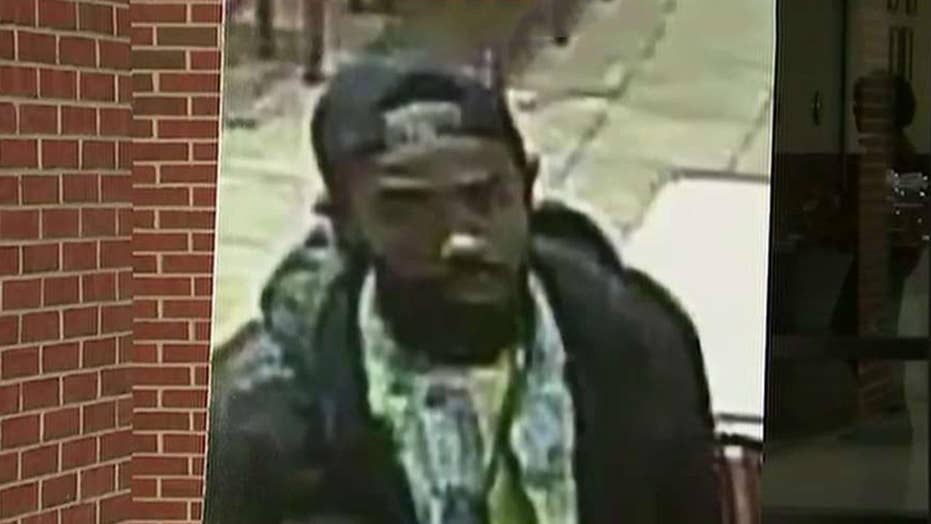 Officials say the initial fight inside the Oxon Hill Popeyes and the killing outside were witnessed by dozens of people; Trace Gallagher reports.

The suspect accused of fatally stabbing a Maryland man who had cut to the front of a line to get dibs on Popeyes’ popular chicken sandwich last week has been identified, police said Tuesday.

The Prince George's County Police Department issued a warrant for the arrest of 30-year-old Ricoh McClain of District Heights, Md., who is wanted on murder charges in the death of 28-year-old Kevin Davis outside the Oxon Hill fast-food restaurant.

During a news conference last week, Prince George's County Police Chief Hank Stawinski told reporters that Davis entered the restaurant and started “methodically” cutting a line reserved for the menu item. McClain confronted Davis when he cut to the front of the line, according to the police chief.

“Over the course of 15 minutes, this individual works his way methodically ahead of everybody else in that line, is confronted by this individual and then from the moment of that confrontation, 15 seconds later, the two of them are out in front of the store, a stabbing occurs and an individual’s life is lost,” Stawinski had told reporters.

Police said the preliminary investigation revealed that Davis and McClain got into a brief verbal argument. They both then got out of the line and walked out the front door together before McClain stabbed Davis, investigators said.

Police said Davis was rushed to a local hospital, where he was pronounced dead.

McClain was at the fast-food restaurant with a woman, whom police initially said was a person of interest. The woman has not yet been identified. Police told Fox News on Tuesday that the woman has spoken with detectives and "right now she is only being treated as a witness."

McClain and the woman fled the parking lot in a vehicle immediately following the stabbing. Police said it did not appear that McClain and Davis were associated with each other before Monday’s fight.

Stawinski had told reporters that the restaurant was packed with at least three dozen people, including children, when the fight and stabbing occurred. A knife was recovered from the scene, police said.

Popeyes resumed selling its chicken sandwich on Sunday. The menu item was initially released on Aug. 12, but popular demand caused the chain’s supply to sell out by the end of that month.

In a statement sent to Fox News last week, a Popeyes spokesperson said, “Our thoughts are with the victim’s family and friends and we are fully cooperating with local authorities.”