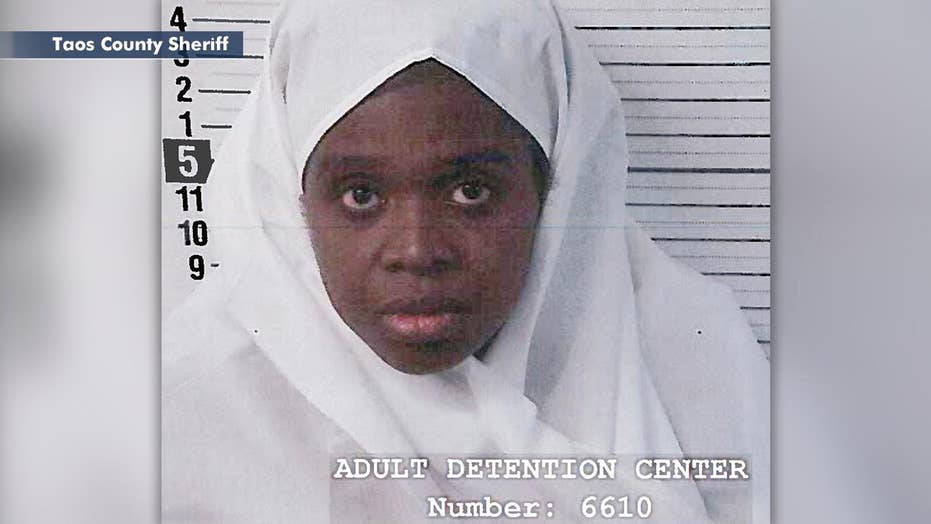 Suspect in New Mexico compound case lived in US illegally

One of five suspects arrested at an 'extremist Muslim' compound in New Mexico has lived in U.S. illegally for over 20 years according to federal officials.

One of five suspects arrested at an “extremist Muslim” compound in northern New Mexico is originally from Haiti -- and has lived in the U.S. illegally for more than 20 years, federal officials said Wednesday.

Jany Leveille, 35, was detained by immigration officials Tuesday and soon must appear before a judge to resolve her immigration status, which could lead to her deportation, U.S. Immigration and Customs Enforcement (ICE) officials said in a statement.

“Leveille has been unlawfully present in the U.S. for more than 20 years after overstaying the validity of her non-immigrant visitor visa,” ICE said.

Leveille moved to Brooklyn, N.Y., from Haiti in 1998 after her father died, Von Cehelet Leveille, the woman’s brother, told Reuters. She has moved several times since coming to the U.S., living in Georgia, Philadelphia and New York after separating from her husband, the brother said.

Leveille lived at the New Mexico compound with her current husband Siraj Ibn Wahhaj and their children since January, prosecutors said. She has six children, ages 1 to 15, her brother told Reuters.

The couple and two others were arrested during an Aug. 4 raid. Wahhaj was still being held on an outstanding warrant from Georgia, while the two others remained in custody.

"Leveille has been unlawfully present in the U.S. for more than 20 years after overstaying the validity of her non-immigrant visitor visa."

The children discovered at the compound earlier this month were both trained to use firearms and taught multiple tactical techniques in order to kill teachers, law enforcement officers and other representatives of institutions they found corrupt, state prosecutors said on Monday.

Three-year-old Abdul-ghani Wahhaj, who had been missing since December, allegedly died amid a ritualistic religious ceremony held on the grounds in an effort to “cast out demonic spirits,” Reuters reported.