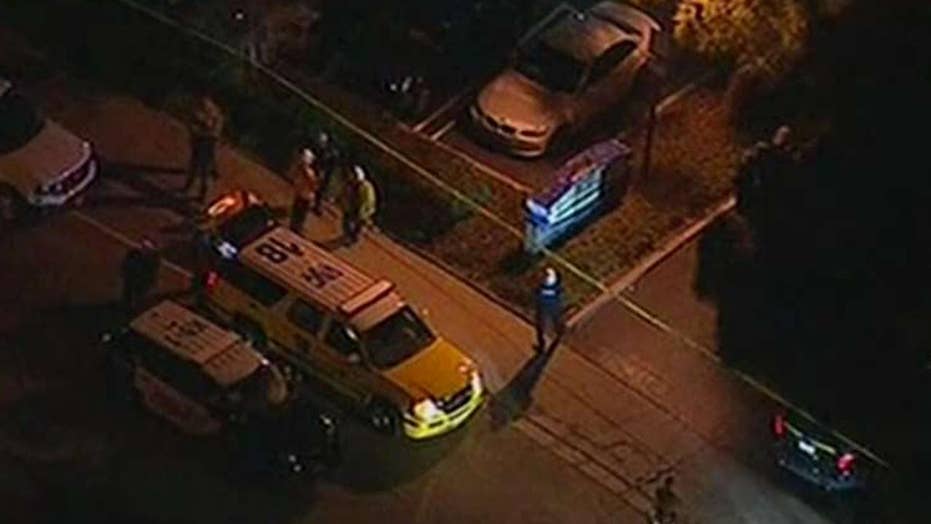 Jonathan Hunt has the latest from Thousand Oaks, California.

Some survivors of the Las Vegas mass shooting were inside the Borderline Bar in Thousand Oaks, Calif., when a gunman opened fire just before midnight on Wednesday, killing 12.

Hundreds of people were inside the venue for "college country night" when shots rang at around 11:20 p.m. The shooter was dead inside the bar, police said. It was unclear how he died.

Chandler Gunn, 23, of Newberry Park, called a friend who works at the Borderline Bar & Grill, who was also at Route 91 in Las Vegas, The Los Angeles Times reported.

"A lot of people in the Route 91 situation go here," he said, referring to the mass shooting last year in Las Vegas. "There's people that live a whole lifetime without seeing this, and then there’s people that have seen it twice."

Josh Coaly, 27, had been to Borderline several times with his friends, including one who also survived the Vegas shooting, The Times reported.

Coaly told the paper that his friend said he is with his dad and is in good condition.

Carl Edgar, 24, of Tarzana, told The Times he had about 20 friends inside the bar, which he frequently attends.

“As far as I know, all of my friends are OK, safe,” he said. “There are a few people we can’t get a hold of, but in these situations, people usually turn off their phones to be safe so I’m not gonna get too worried. A lot of my friends survived Route 91. If they survived that, they’ll survive this.”