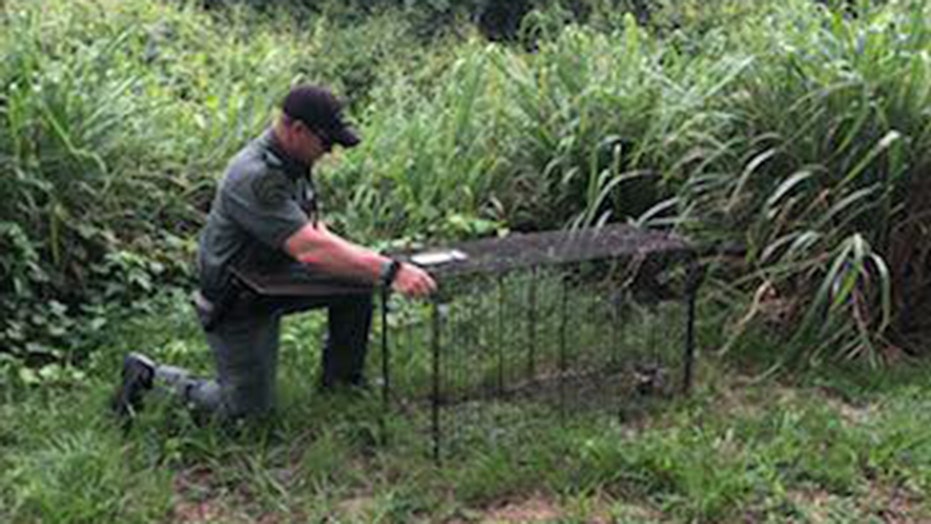 Florida authorities were investigating after they said a man was mauled to death by stray dogs.

Melvin Olds, 45, died on the Fourth of July in Lake Placid after being bitten by dogs more than 100 times, the Highlands County Sheriff’s Office said in a news release Friday.

“The on-scene investigation determined his death was caused by an animal attack,” the news release said.

Olds’ bite wounds may have been caused by six pit bull mixes captured by deputies in the area after the attack, WFLA-TV reported.

Authorities won't know for sure until DNA tests are conducted.

Deputies set out traps after a man was mauled to death by stray dogs in Lake Placid, Fla., on the Fourth of July.  (Highlands County Sheriff's Office )

“DNA from those dogs will be compared to DNA collected from the wounds to see if a positive connection can be made,” the news release said.

DOG KILLED IN SWAN ATTACK AT PARK IN IRELAND

Olds was a grandfather, WFLA reported.

His family said he took a shortcut through a wooded path and never came home, according to the station.

“I thought a dog was a man’s best friend,” his mother Cynthia Hill told the station. “He was a good person, a good man. Just so hurt, deeply because it’s so unexpected.”