The Stanford College Republicans (SCR) have accused the university's student government of creating an "Orwellian" administrative role that they claim is designed to push back on conservative speakers invited to the California campus.

The Associated Students of Stanford University (ASSU) added the "Director of Academic Freedom" position in October in the wake of free speech controversies on campus, The Stanford Daily reported. SCR has received pushback for hosting conservative speakers and holding "Change My Mind" events on campus.

The administrator will assess the “academic merit” of campus speakers and work with the university to “revise policies and expectations for student group event that will ensure [the] free exchange of ideas while continuing to uphold the Honor Code and Fundamental Standard.”

But SCR's vice president, Philip Eykamp, warns the position will be used to block conservative speakers.

Fifth-year graduate student, Zintis Inde, who currently holds the newly created position, told The Stanford Daily he will avoid personally making any decisions or recommendations about specific speakers or events, and the student government president said Inde does not have the power to block any speakers from coming to campus.

Kirk pointed out that the controversial pro-Palestinian activist and Women's March founder, Linda Sarsour, had the red carpet rolled out for her at Stanford, while their group encountered weeks of litigation, thousands of dollars in fees, and was stalled after they had to get approval donors and board members. 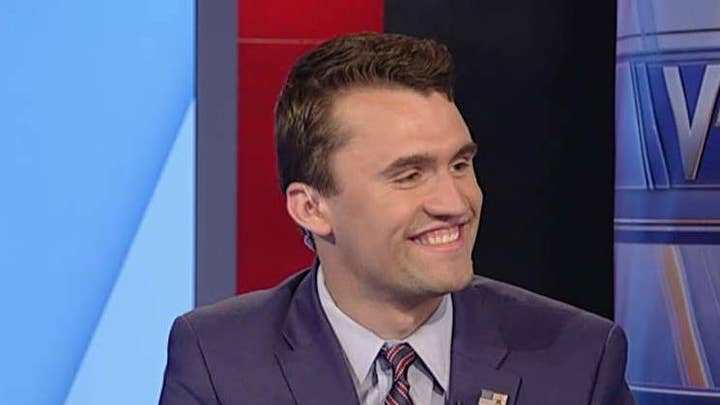 “If the administration really got their way they wouldn’t want us to come at all,” Kirk told Fox Business earlier this year. “They’re afraid of conservative speakers coming on campus, and I challenge them and say if our ideas are so bad, let us come on campus and no one will show up. But why all the obstacles?”

This comes as SCR is celebrating the group's statewide adoption of “what is without a doubt the most conservative platform of its history," and recently encountered violence at one of the tabling events supporting Justice Kavanaugh when a liberal student allegedly assaulted SCR president, John David Rice-Cameron, the son of former Obama official Susan Rice.

The university did not respond to a request for comment.