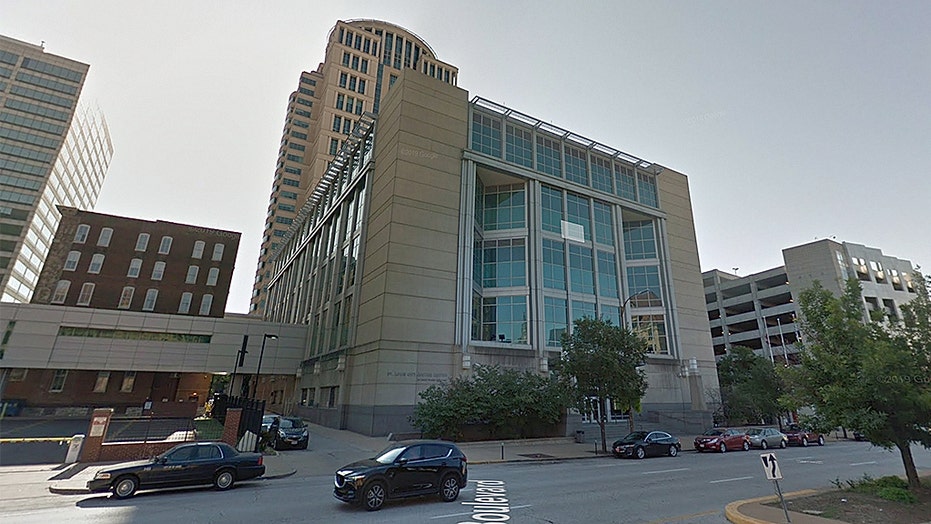 She was released from a Missouri jail -- but she couldn't figure out how to leave.

The unidentified woman who was released from custody at the St. Louis Justice Center on June 5 -- and was reportedly told how to exit the building -- ended up trapped in a stairwell for nearly three days after she got lost, St. Louis Corrections Commissioner Dale Glass said.

NEW JERSEY MAN ARRESTED AFTER CALLING 911 TO COMPLAIN HE WAS BANNED FROM BAR, POLICE SAY

“Go down the hall to the elevator. Go down to the first floor, make a right turn. Walk out of jail; you’re free to go," is what the woman was told, according to the St. Louis Post-Dispatch. She entered an elevator around 8:17 a.m. and was off.

A woman was trapped in a St. Louis Justice Center stairwell for 2.5 days after she didn't understand how to leave the building, officials said. (Google)

The woman, it turns out, was confused by the directions. Instead of taking the elevator to the first floor, she pressed all of the buttons and ended up on the fifth floor.

She then went through a fire exit — which has signs warning against entering — and became locked inside. Glass told the news outlet that, once inside, the doors to all floors become locked and can only be opened by staff.

Although the woman made noises, staff couldn’t find her because she moved from floor to floor. They didn’t search the fire stairs. On June 7, staff finally saw her looking through a window on one of the doors.

The woman "appeared to be OK," was given food and water, and refused hospital treatment. "She said, No, I just want to go home," the commissioner said.

“We’re really sorry that this occurred, and we put precautions in place to make sure it doesn’t happen again,” Glass said. “We never had this happen before.”

He said corrections officials have now changed their protocols to include escorting people from the building.