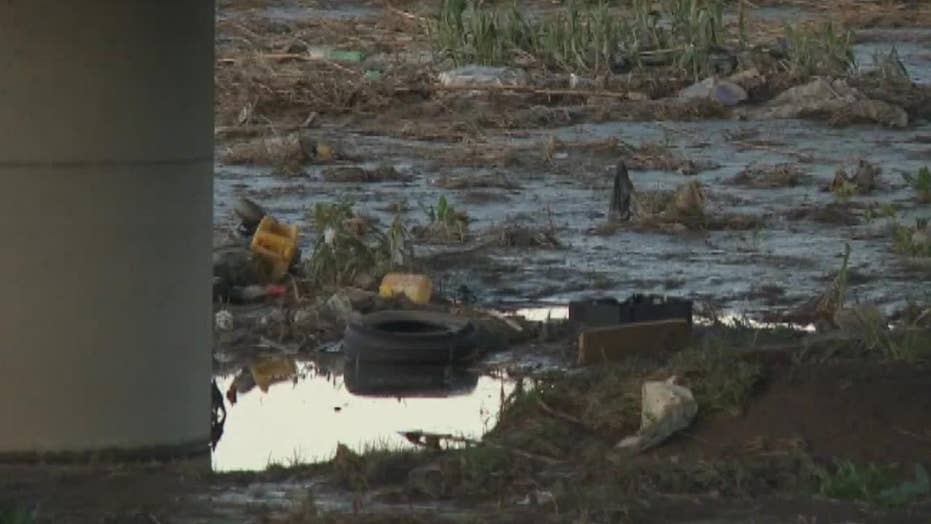 Twelve miles of beach near San Diego, CA have been closed due to ocean water being contaminated from sewage spill. It's one of several spills that have happened just this year.

The recent break of a sewage pipe across the border in Mexico is allowing millions of gallons of sewage to flow into the Tijuana River -- and, eventually, the Pacific Ocean -- impacting coastal areas in California.

The International Boundary and Water Commission notified local officials on Monday that a pipe had broken on Dec. 7 and has since been sending between 6 to 7 million gallons of sewage per day into the river area, according to Imperial Beach Mayor Serge Dedina.

"It's absolutely outrageous and unacceptable," he told reporters at a press conference. "The biggest issue that we're concerned about is this happens again and again and then the Mexican government doesn't notify anybody. They sort of cover it up and they notify us at the last minute and then our kids are at risk of swimming in sewage."

There have been over 330 sewage spills into the Tijuana River Valley in the past three years, according to officials. (FOX5)

Dedina said that there have been over 330 spills into the river valley in the past three years. Pollution forced the closure of beaches in parts of Imperial Beach on more than 160 days the past two years.

A broken sewage pipe has been sending 6 to 7 million gallons of raw sewage per day into the Tijuana River. (FOX5)

"Not only does it impact Imperial Beach and Coronado, but all the residents of South San Diego are impacted by the smell," he said.

The latest spill has closed 12 miles of beach from the U.S.-Mexico border northward to Coronado, FOX5 San Diego reported.

Last year, the mayor was one of several surfers who became sick after surfing in the polluted waters off Imperial Beach due to ongoing sewage spills.

In March, the city joined nearby Chula Vista and the Unified Port District of San Diego in a lawsuit against the IBWC for being in violation of the Clean Water Act.

The federal lawsuit contends that federal inaction has led to tens of millions of gallons of "almost continuous" sewage, and seeks to force federal officials to upgrade systems to divert polluted flows.

Officials on the other side of the border pledged to spend $4.3 million to clean the river channel earlier this year and renovate pumping systems, but no major progress has been seen.

The river valley area is still littered with trash such as car tires, car seats, and other debris -- including an entire car.

The Tijuana River Valley is littered with various debris, including this car. (FOX5)

If this latest spill continues, it could be the largest since February 2017 when a pipe burst and flooded the river with at least 28 million gallons of raw sewage, according to the San Diego Union-Tribune.