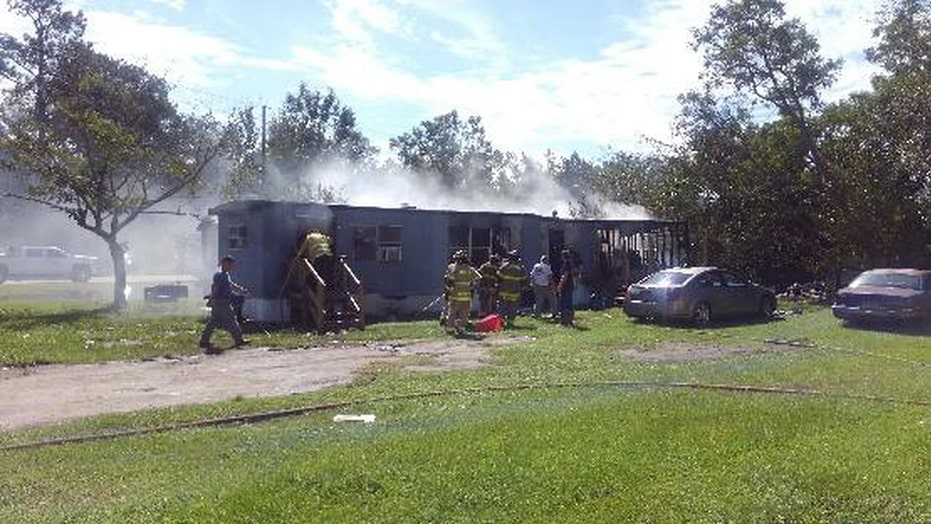 Cops say a man in South Carolina who discovered his wife was allegedly having an affair is the real homewrecker after he decided to get even by torching his home, which was uninhabited at the time.

Antonio Meadows, 40, was arrested Friday afternoon and charged with second-degree arson, according to jail records from the Georgetown County Detention Center.

The Andrews Police Department told WCIV-TV the incident happened around 11 a.m. on Friday when Meadows allegedly doused the interior of his home with gas and then set it on fire.

Meadows told police he found text messages on his wife's phone that led him to believe she was cheating on him, WCSC reported.

Antonio Meadows was charged with second-degree arson in connection with the incident on Friday. (Georgetown County Detention Center.)

His wife and children were at a neighbor's home at the time of the fire and were not injured during the incident, according to police.

The mobile home was set ablaze Friday afternoon, according to police. (Andrews Police)

The 40-year-old suffered the lone injury in the incident, reportedly burning his leg while setting fire to the home. He was treated at a hospital after officers arrested him at his grandmother's house less than an hour after the blaze, WCIV reported.

The home was completely destroyed in the incident. Jail records show the 40-year-old was released on $5,000 bond on Sunday.