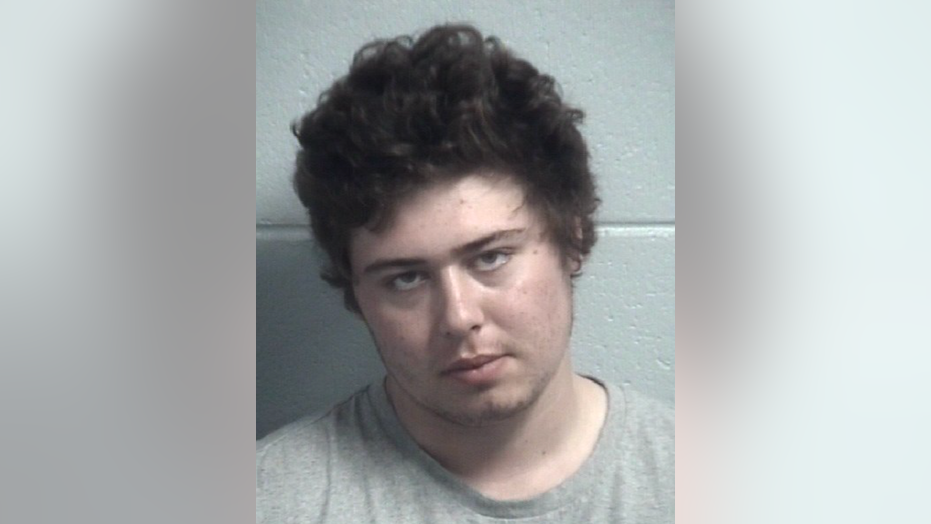 South Carolina prosecutors filed new charges Thursday against a 19-year-old who was sentenced to probation just last month after a plea deal designed to allow him to avoid jail and the sex offender registry in the wake of multiple allegations of sex assaults, court records show.

Orangeburg County deputies arrested Bowen Turner early Monday morning on disorderly conduct and probation violation charges after he allegedly stumbled drunk into the middle of a road, lied to a deputy and -- while being booked into the county jail -- allegedly protested the facility’s COVID-19 protocols and told a deputy, "If you try to put that mask on me, I will bite your f---ing finger off."

Thursday’s charges, of threatening a public employee and purchasing alcohol as a minor, appear connected to the same incident, which happened almost a month to the day after Circuit Judge Markley Dennis sentenced him to 5 years of probation under the Youthful Offender Act and gave him a chance to stay out of trouble.

Orangeburg County deputies arrested Bowen Turner early Monday morning on disorderly conduct and probation violation charges after he allegedly stumbled drunk into the middle of a road, lied to a deputy and -- while being booked into the county jail -- allegedly protested the facility’s COVID-19 protocols and told a deputy, "If you try to put that mask on me, I will bite your f---ing finger off." (Orangeburg County Detention Center)

He had been accused of sexually assaulting a 16-year-old outside a high school party at 3 a.m. in June 2019.

"If he has completed five years without any violations and has done all the counseling necessary, then he will not have to register as a sex offender," Dennis said at the hearing.

The victim, Chloe Bess, has publicly expressed dismay in the outcome.

"It's been very confusing and challenging for me to come to terms with everything and just try to understand, and I can't because it's so corrupt and just doesn't make sense," she told Fox News Digital. "I can't wrap my head around it."

Brad Hutto, the state senate’s highest-ranking Democrat and Turner’s defense attorney in past sex assault cases, did not respond to multiple requests for comment.

Earlier Thursday, the South Carolina Victim Assistance Network, which is working with the families of two of Turner’s accusers, rallied outside the South Carolina State House "to raise awareness about the barriers faced by sexual assault victims throughout the state."

"The Bowen Turner case demonstrates, yet again, how the criminal legal system can fail victims and survivors of sexual assault," Sara Barber, the executive director of the South Carolina Coalition Against Domestic Violence and Sexual Assault, said in a statement.

Turner’s accusers have taken issue with Hutto’s involvement in the case while serving as a state lawmaker, which is legal but, according to critics and victims’ advocates, carries a conflict of interest. The state General Assembly, which includes both the state Senate and House of Representatives, votes on circuit judge positions.

So when Turner got his plea deal last month despite dozens of bond violations, his victims protested.

And at the time he attacked Bess, Turner was out on bond in connection with prior sex assault allegations from classmate Dallas Stoller, who died before he went to trial on her case.

"The solicitor dropped Dallas’s case because they said that she was not here to testify that it was not consensual," her sister, Brette Tabatabai, told Fox News Digital. "Even though they had written statements. They had a witness statement. They had physical evidence, everything they need."

Stoller had suffered "significant bruising and injuries" that had been documented as well, according to Sarah Ford, the attorney representing the victims’ families.

"Is it possible that this could move forward at trial? At minimum as assault and battery, or something of that nature," she told Fox News Digital. "You can’t consent to being battered."

Stoller’s family has launched a petition asking Second Circuit Solicitor Bill Weeks, the prosecutor, to reopen the case and impanel a grand jury.

Turner was also investigated for allegedly assaulting a third victim in April 2018 in Calhoun County, but no charges were ultimately filed, Ford said.