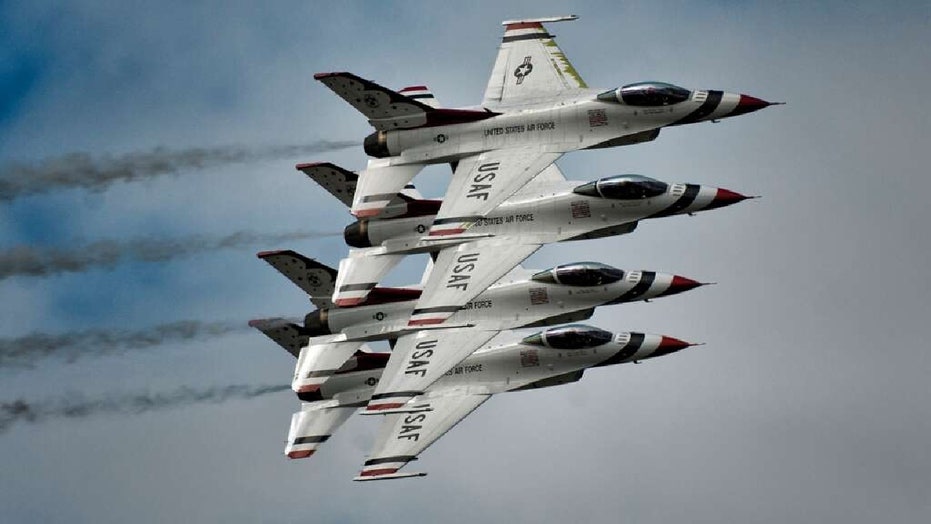 While the Air Force Thunderbirds and the Navy’s Blue Angels put on a flyover show in New York City Tuesday to pay tribute to medical workers on the front lines of the coronavirus outbreak, many spectators on the ground appeared to be ignoring social distancing rules.

Residents in Manhattan, Long Island, and New Jersey came outside to watch the 40-minute joint flying demonstration which began around noon over the George Washington Bridge and continued over New York City’s other boroughs before crossing parts of Long Island and Connecticut.

People watch as a formation of the Blue Angels and Thunderbirds flight teams pass in front of the New York City skyline as seen from Weehawken, N.J., Tuesday, April 28, 2020.  (AP)

Earlier on Twitter, the Blue Angels had advised residents to “observer the flyover from the safety of their home-quarantine,” adding that social distancing “should be practiced at all times. Stay home and stay safe!”

But the crowds evidently did not heed the advice. Pictures showed hundreds gathered on sidewalks and in other venues, huddled together to catch a glimpse of the spectacle up above.

One spectator in Long Island City told the New York Post he was not concerned about contracting the virus.

“I’m not worried about it,” said 41-year-old Arthur Moss. “If you’re outside you don’t need to wear a mask.”

New York City is the epicenter of the COVID-19 pandemic in the United States. As of Tuesday, the city alone accounted for more than a third of all coronavirus-related deaths in the country, according to the latest figures from the Johns Hopkins University.

Tuesday’s missions are some of several planned in the weeks ahead, according to both the Thunderbirds and the Blue Angels.